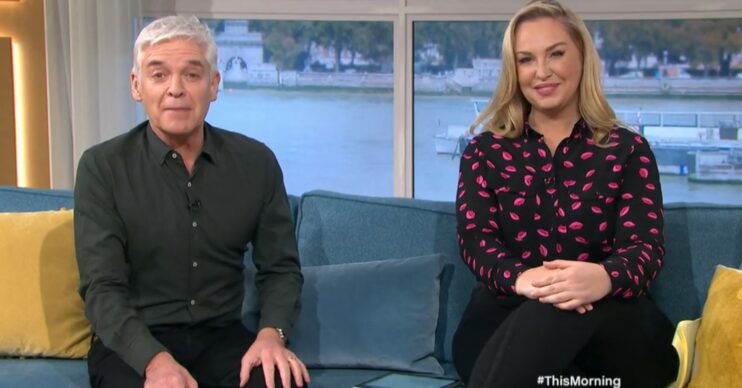 This Morning viewers have taken to Twitter to demand that Josie Gibson replace Alison Hammond on Friday editions of the show.

Josie stepped in alongside Phillip Schofield on today’s (Tuesday, November 16) show after Holly Willoughby was taken ill with a tummy bug.

The presenter, 36, proved to be very popular with viewers, who now want her to replace Alison Hammond on Fridays.

What did This Morning viewers say about Josie?

Some This Morning viewers took to Twitter today to let their opinions be known.

“Josie is very good as This Morning host and should be presenting in the studios more often. Fridays with [Dermot O’Leary] would be good. Alison is better doing the celeb interviews than as studio host,” one viewer wrote.

“Love Josie, you’re doing a brilliant job,” another This Morning viewer said. “Please take over from Alison on Fridays!!! Get well soon, Holly.”

A third This Morning fan was pretty clear in who their favourite host was: “Can we replace Alison with Josie on Fridays?”

A fourth simply wrote that Josie was: “Much better than Alison.”

Why was Josie presenting This Morning today?

Today was the first day Josie had ever hosted the show. As This Morning began, Phillip Schofield explained: “This is a bit of a first.

“So about, what, I dunno, an hour ago, you [Josie] were on your way to do our live competitions in Surrey…”

What did Josie say about presenting the show?

“Turned you round, bring you back here,” Phillip continued. “Holly is not here today because she has a got a tummy bug. Nothing more than that, so she’s got a tummy bug, she’ll probably be back in tomorrow, but you [Josie] were then parachuted in.”

Josie joked about how she’d thought This Morning bosses had got the wrong number when they rang her up. She then went on to say how surreal it was to be hosting the show.

“I’ve grown up watching the show and now I’m sat alongside you [Phillip]. Look I’ve been thrown in the deep end, but I’ve got the best armbands on the planet,” she said, referring to her co-host.

It seems that many viewers will be hoping it’s not the last time Josie presents This Morning either!

What did you think of Josie presenting This Morning? Leave us a comment on our Facebook page @EntertainmentDailyFix and let us know what you think of this story.