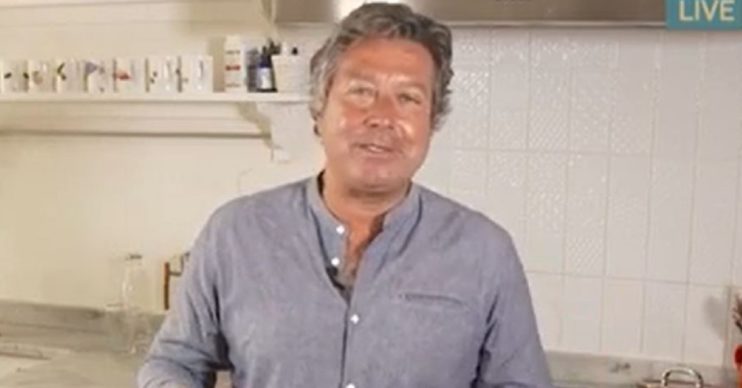 He talked Phil and Holly through a crab linguine

John Torode had viewers asking what was up with him after he appeared ‘grumpier than usual’ on This Morning.

The TV chef, 54, featured on today’s (Wednesday, July 1) episode of the ITV daytime show to host a cookery segment ahead of the new series of Celebrity MasterChef.

Phil and Holly had a laugh in the studio as they followed John’s instructions. But some watching at home felt the Australian culinary whiz “didn’t seem very happy” and appeared “grumpy” or even “under the weather”.

Is John a bit under the weather?

At one point, Phil was unsure about what to do next as he asked, holding up a lemon: “Just the outside, I don’t take the pith, no?”

Holly, grinning, quipped, “Please don’t take the pith…” and got a laugh from the crew behind the camera.

John, however, remained serious and straight-faced. He replied: “No, just a really tiny bit of the outside. Don’t take the pith, Phillip.”

Another asked: “Is John a bit under the weather or sunburnt? #ThisMorning.”

A third put: “John’s being grumpy today [on] #ThisMorning. And that’s coming from the grumpiest.”

Is john a bit under the weather or sunburnt #ThisMorning

And that's coming from the grumpiest.

Elsewhere on This Morning, presenter Vanessa Feltz shocked viewers by revealing her first kiss was with DJ Pete Tong.

She said she was 10 years old at the time and they met while on the island of Mallorca.

Vanessa was doing a travel report for This Morning from the holiday isle, filmed pre-lockdown, when she revealed she shared a smooch with the superstar DJ.