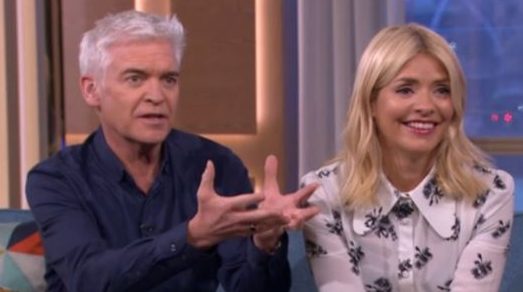 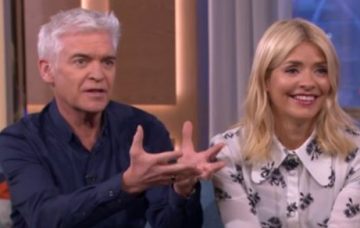 But Holly and Phil thought the likeness was uncanny!

Holly Willoughby and Phillip Schofield were bowled over by an Ed Sheeran lookalike on today’s This Morning.

But viewers were less than convinced by the similarity!

Asda worker Wesley Byrne, 25, told them he’s constantly approached for photos in the street by admirers who think he’s the real deal.

He’s even been told to stop taking selfies at work by his boss!

With his red hair, glasses, checked clothing and guitar, he certainly turned Holly and Phil’s heads, both of whom told Wesley his likeness to Ed was “uncanny”.

Wesley, who was joined on the sofa by his mum, said he’d been totally unaware of Ed Sheeran until someone at college told him to Google the musician.

“So I Googled him and needed to ask my mum some questions,” laughed Wesley.

“It freaked me out a little bit.”

Wesley said he’s constantly stopped by people who think he is Ed, especially when the superstar has a new album out and is particularly in the public eye.

He poses for photos but draws the line at signing Ed’s autograph.

Phillip said while he reckons Wesley looks just like Ed, he struggles to understand how people could see Wesley at work and really believe Ed Sheeran is stacking shelves in Asda.

“Some of the smaller kids do,” said Wesley.

“I don’t have the heart to tell them otherwise. I tell them, yeah, the music didn’t work out.”

Phillip, meanwhile, predicted a talent agent would be on the phone to Wesley once This Morning went off air, signing him up to a lookalike agency.