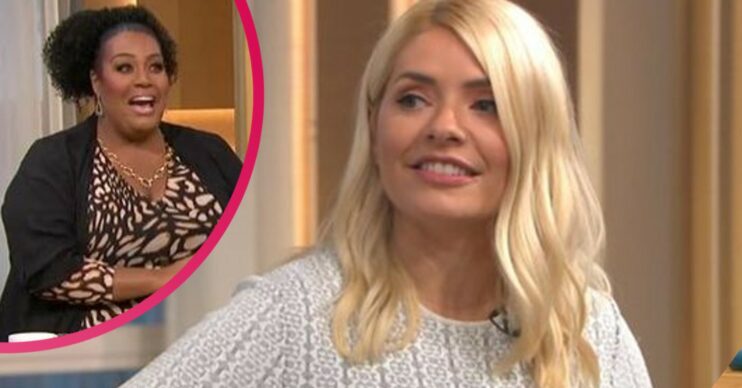 ITV viewers are angry about Holly and Phil's holiday time

ITV viewers had assumed regular hosts Holly and Phillip would be returning to the show on Tuesday.

With the festive period over, many thought the show would fall back into its normal schedule.

Why are Phil and Holly not on This Morning?

However, once again Holly and Phil were absent from screens. Instead, viewers were greeted by Alison Hammond and Dermot O’Leary.

Many fans rushed to social media to question what had happened and why the usual presenters were absent.

“Phil and Holly still aren’t back from their Christmas break? How many weeks off do they need?” said one viewer.

“I wish I had that long off. I was lucky to get a bank holiday off! #ThisMorning.”

“Holly and Phil are still on holiday?! While the rest of the hardworking folk of this country are forced back to work today. Total disgrace. Get more holidays than teachers those two! #ThisMorning,” ranted another fan.

Where is Phil and Holly? Gutted. #ThisMorning

Where is Phillip and Holly? not watching #thismorning now that I know it’s Alison and Dermot. I’d rather watch paint dry! #ThisMorning #NotImpressed #NotWatching

A third viewer said: “Where are Phillip and Holly? Not watching #thismorning now that I know it’s Alison and Dermot.

“Have Phil and Holly retired? #Thismorning,” joked a fourth.

Phillip and Holly haven’t been seen on an episode of This Morning since December 10.

They hosted the Chrismas special on December 25, but of course that was pre-recorded.

When are Holly and Phil back?

The popular duo will return to the show on Monday (January 10) after a month off from hosting duties.

This Morning airs weekdays at 10am on ITV.

Are you looking forward to Phil and Holly returning to This Morning? Leave us a comment on our Facebook page @EntertainmentDailyFix and let us know what you think of this story.