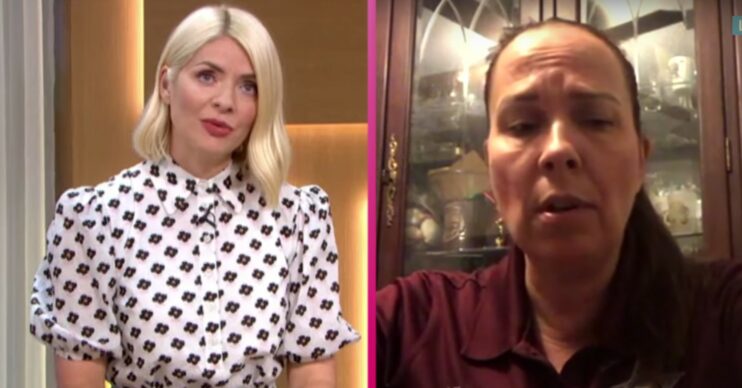 This Morning: Lisa McVey horrifies Holly Willoughby as she recalls her terrifying abduction as told on Netflix

Lisa’s nightmarish experience has subsequently been developed into a film, Believe Me, recently released on Netflix. But Holly admitted the real crime feature was too much for her to watch.

What Lisa McVey said on This Morning

Lisa, from Florida, appeared on the ITV daytime show via video call and described the horrors she endured at the hands of serial killer Bobby Joe Long.

She was abducted at gunpoint as she made her way home from work aged 17 in 1984 .

Read more: When is Holly Willoughby in Midsomer Murders and who does she play?

She went through over 26 hours of rape and abuse before managing to convince her kidnapper to release her.

Remarkably, even though she was unable to see Long’s face, her evidence led to his arrest and conviction. Lisa has subsequently become a Sheriff herself. Long, meanwhile, was executed in 2019 and was responsible for dozens of assaults and murders in the Tampa area.

How Holly and Phil reacted

Both presenters were solemn throughout the interview. But Holly seemed particularly shocked as she reflected on the horrific details revealed by Lisa.

Holly said: “I think you said that you lost count of the amount of times he raped you?

How viewers reacted to Lisa McVey

Viewers were similarly blown away by Lisa’s resilience.

One emotional Twitter user wrote: “What an extraordinary woman you Are. You are a role model. Honestly got goosebumps watching this.”

Another added: “What an incredible woman Lisa McVey is #ThisMorning.”

“Lisa, you are a true legend and a heroine #ThisMorning,” commented someone else.