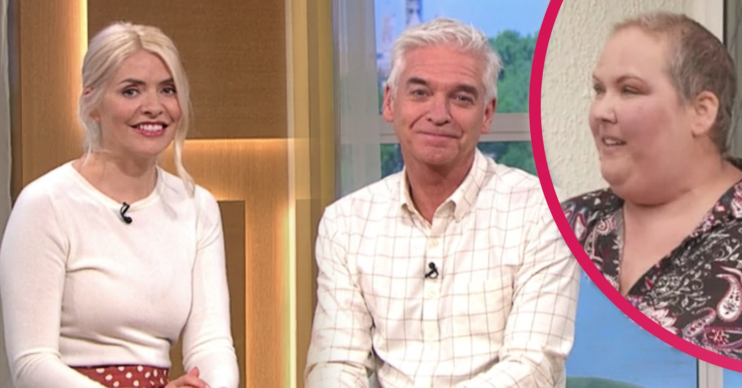 This Morning today: Viewers in tears as terminally ill Heather wins £2k for her farewell party

Had us in floods of tears, too!

This Morning viewers were in tears today (June 22) after terminally ill contestant Heather Bone won £2,000 in the show’s Dosh On Your Doorstep segment.

The 40-year-old cancer sufferer got a shock when Alison Hammond turned up on her doorstep to ask her some questions, and soon she managed to win not only £1,000 but also an extra 1k.

She then explained she was going to use the money on a farewell knees-up with her family and friends.

This Morning today: Viewers in tears over Heather

When Alison knocked on Heather’s front door in Southsea for regular This Morning segment Dosh On Your Doorstep, she explained that she was diagnosed with breast cancer in 2019.

After surviving that, she was heartbreakingly told by doctors that the cancer had spread to her brain.

“I had the all-clear just before my 40th birthday and thought things were getting back to normal,” she said.

“But then I got told I had brain mets, so now I’m getting myself organised because I’ve been told I have three months to live.

“I am going to have a Wake Me Up Before I Go Go party. It’s a party before my passing. The money will go towards that.”

Alison then asked her how she keeps such a positive frame of mind.

It was then Alison asked her a series of questions, which she breezed through. However, there were extra surprises.

Not only did Heather win a day out for her family to the England rugby team’s training complex, but also an extra £1,000.

And then she received a special message from her idol, Craig David, who touchingly sang happy birthday to her.

Ah Heather on this morning is a joy! #thismorning #doshonyourdoorstep

How did viewers react to Heather’s moving story?

Heather got emotional when she won the prizes, and it wasn’t just Heather… viewers were also in floods of tears, too.

Taking to Twitter, one said: “What an inspirational breath of fresh air Heather is.

“Her story is so sad yet inspiring as well.”

Another wrote: “OMG in floods for lovely Heather. Such a lovely lady.”

A third commented: “Well, that’s set me off. I hope Heather has the most wonderful party.”