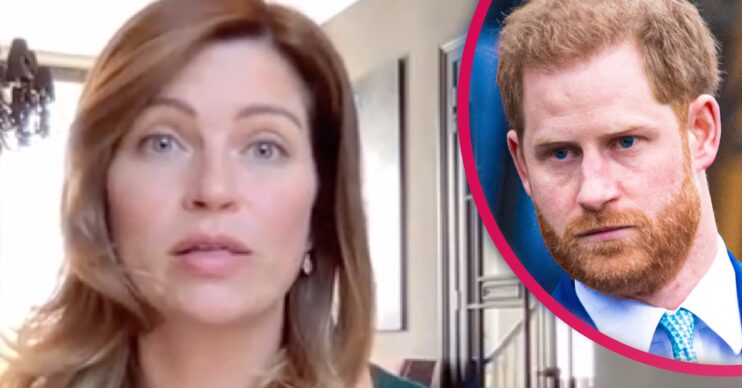 She discussed the 4:3 diet

On This Morning today, a royal nutritionist sparked fury after discussing a diet regime.

Gabriela Peacock, who’s credited with helping Prince Harry get in shape for his wedding to Meghan Markle, appeared on Tuesday’s programme.

She explained how viewers could ‘reset their health’ in just two weeks – but the diet in question came under fire.

She said: “It’s not about starving yourself and feeling horrible, it’s just restricting your calories to create some tensions within your body.”

Gabriela continued: “Again, I very much believe we are all individual and you need to find yourself.

“And find a plan which works for your lifestyle because if I push you too hard, you won’t follow it.”

Gabriela said the most effective plan is the 4:3 diet, which is where you have a smaller amount of calories for three non-consecutive days a week.

Hosts Phillip Schofield and Holly Willoughby then showed an example meal which would fit the diet.

Phil said: “It does look doable.”

Gabriela said: “It is definitely doable and that’s why I don’t really like the word fasting because you don’t really fast, you’re just restricting yourself.”

However, viewers weren’t impressed with the diet recommendation with some calling it “dangerous”.

One person said on Twitter: “Can’t believe there’s been a ‘nutritionist’ on #ThisMorning saying that people should eat 500 calories 3 times a week to ‘reset their health’.

“Honestly fuming. Such a dangerous message aired on a huge show.”

“Unbelievable that this rubbish is being promoted by anyone never mind on prime daytime television!!”

A third added: “Do better ITV. This is dangerous to put on TV.

“This is why there’s so many uneducated people risking their health for unrealistic goals.”