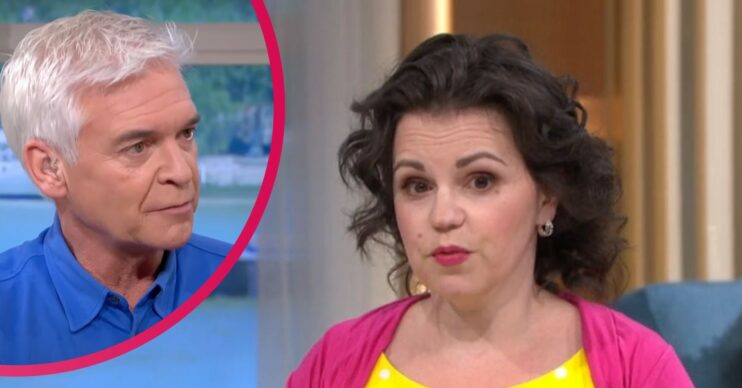 On This Morning today, viewers all made the same complaint about a phone-in segment on the show.

A concerned parent rang into the show to ask about a rash their daughter had developed – a decision that left many a viewer baffled.

During today’s edition of This Morning, Holly Willoughby and Phillip Schofield welcomed Dr. Philippa Kaye onto the show.

Along with the doctor, Holly and Phill hosted a phone-in, where viewers rang in to discuss their health issues.

Read more: Phillip Schofield and Kelly Holmes in tears as she makes heartbreaking confession after coming out as gay

One viewer who phoned in wanted Dr. Philippa’s advice on a worrying-looking rash that had appeared on their daughter’s skin.

The caller revealed that the rash had appeared last week and persisted through the weekend.

Luckily, it didn’t take long for Dr. Philippa to diagnose it as urticaria, or Hives – which can easily be treated with antihistamines.

Plenty of viewers quickly took to Twitter to discuss the call-in.

Many were baffled over the fact that a parent had decided to phone into This Morning about their child’s rash, rather than go to a GP.

“Who on earth has a child with a worrying rash and their first thought is – ‘I know, I’ll wait and send it to a TV doctor on Monday rather than urgently seeking medical advice’,” one viewer tweeted.

“If your child has a rash you are worried about, why are you phoning a daytime TV show and not a pharmacist or doctor?” another asked.

“Child has a rash all over her body, better call #ThisMorning,” a third sarcastically wrote.

“Got a rash on your arm, don’t phone your GP or 111 just phone #thismorning,” another joked.

Elsewhere on This Morning, the show took an emotional turn when Dame Kelly Holmes appeared on the programme.

Over the weekend, the former Olympic athlete came out as gay.

In her first public interview since coming out, Kelly spoke about how difficult it had been to keep her sexuality hidden for 34 years.

When discussing the impact keeping her sexuality secret had had on her mental health, Kelly tearfully admitted that at times, she “didn’t want to be here”.

This then led to Phillip tearing up as he asked Kelly how she felt.

“I am relieved to finally do it but it’s hard to unravel everything. Responses are really helping me,” she said.

She then went on to say that she now feels as though she can be happy.