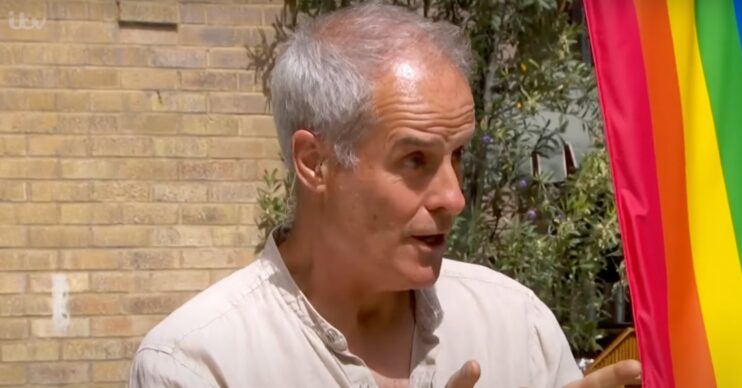 Some viewers were disgusted

This Morning chef Phil Vickery put some viewers off the food he was making today (June 17) thanks to a simple comment he made.

And viewers took to social media to claim felt ill.

The chef, who’s a semi-regular on the show, appeared to show how to make an Al Fresco Summer Picnic Loaf.

As Alison and Dermot started making their own loaf, Phil explained what was needed to make them.

“What you need to do is have some sort of lubricant, shall we say,” Phil said.

He then went on to reveal that the “lubricant” in question is something like olive oil, hummus, pesto, or butter.

Plenty of viewers complained that Phil using the word ‘lubricant’ had put them off trying the loaf.

“Vickery saying lubricant has made me feel a bit queasy,” one viewer tweeted.

“One way of ruining a sandwich. Who tf uses a word like lubricant,” another ranted.

“And today on #ThisMorning, Vickery [bleeps]up a sandwich…,” a third wrote.

Other viewers just didn’t like the look of Phil’s sandwich.

“That sandwich looks vile. Why does everything have to be ruined?” one viewer tweeted.

“Looks disgusting, just have a sandwich ffs,” another said.

Phil wasn’t the only star of the show who got viewers talking during today’s show.

This Morning host Alison also came under fire for a “stupid” question she asked a hay fever expert.

During a segment on hayfever, Alison and Dermot had Professor Alan Fox on the show to talk all things hayfever.

And at one point during the segment, Alison turned to Fox and asked: “So how do you know so much about hay fever?”

“Did you suffer with it then?” she asked.

“I don’t, but I’m a pediatric allergist, Fox said. This then sparked some funny tweets about Alison’s “stupid” question.

“OMG she did not just ask the expert ‘so how do you know so much about hay fever’. I’m dead,” one viewer tweeted.

“He knows because it’s his job Alison…sweet mother of god woman!!” another ranted.