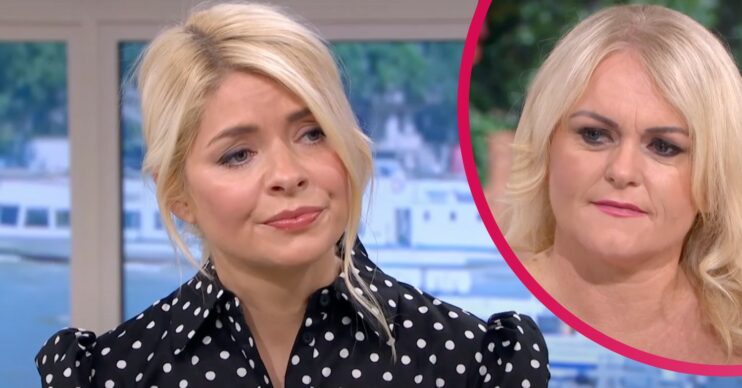 Archie's story impacted both Holly and viewers at home too

This Morning today was an emotional one, with Holly Willoughby holding back tears during an upsetting interview.

Holly and Phillip Schofield were speaking to Hollie Dance, who was on the show to talk about her son, Archie, who is in a critical state following a TikTok challenge gone wrong.

Today’s edition of This Morning saw Holly and Phillip interview Hollie and Archie’s aunt Ella. They were on the show to talk about Archie, who has been declared likely brain stem dead by doctors following a TikTok challenge gone wrong.

Archie was taking part in the ‘Blackout’ challenge – where people are challenged to choke themselves until they pass out due to lack of oxygen.

Read more: This Morning comes under fire for Alison Hammond segment as she jets to Dubai

Archie is now on life-support after the challenge went horribly wrong for him. Doctors have since declared him likely to be brain-stem dead.

Describing her son, Hollie said he’s “very energetic, happy, very positive”. She then said he is “very uplifting to have around”.

Hollie then went on to discuss what happened to Archie eight weeks ago.

Hollie explained that minutes before she found Archie unconscious, he’d been making a joke about their pet rabbit.

She continued, saying: “He’s then left, gone a bit quiet. I’ve pottered around, come out my bedroom and called him.”

“As I’ve looked to the right the rabbit is at the top of the stairs and then I’ve seen Archie the other side of the banister,” she continued.

She then went on to say that she realised he had something tied around his neck. She explained that as she snapped whatever was round his neck, Archie fell over the banister – an eight-foot drop onto the floor below.

Hollie then went on to say that Archie had seen the ‘Blackout’ challenge on TikTok and had tried it for himself.

Archie was rushed to hospital and placed in an induced coma. Within three days, doctors wanted to perform a test which would determine whether Archie was brain-dead.

Declaring Archie brain dead will mean that Hollie will lose the right to keep the machines that are keeping Archie alive.

She has refused the test to take place, and is now fighting for Archie’s life in court.

They explained that they just want time for Archie, because there is a possibility to survive. They then said they won’t stop fighting for him.

“There isn’t a parent on this planet that isn’t wouldn’t be doing what you’re doing now,” a tearful Holly told Hollie and Ella towards the end of the episode.

Holly wasn’t the only one who was impacted by Archie’s plight. Viewers at home were “broken” by the story too.

“Oh my goodness this story has broken me. Keep fighting for little Arch. I lost my brother to a brain injury and if he’s showing signs like he is there is hope. I will keep you all in my thoughts. He’s young, he just needs time,” one viewer tweeted.

“Oh god my heart,” another said, adding two broken heart emojis to the end of their tweet.

“Watching Archie’s mum on #ThisMorning is heartbreaking,” another said.