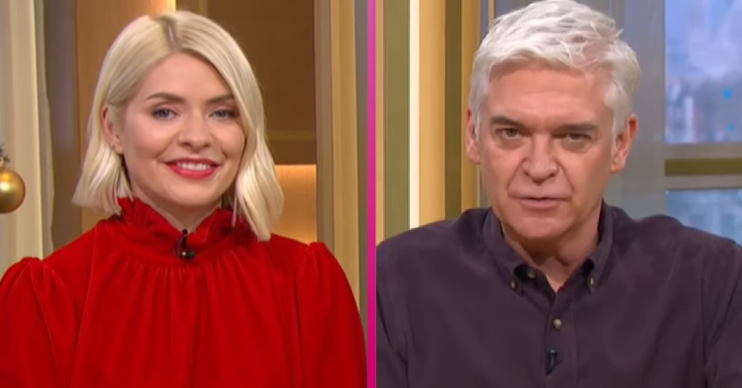 This Morning viewers are not happy with Holly Willoughby and Phillip Schofield today.

The ITV duo revealed today (December 10) that they would be going on holiday for the rest of the year at the end of the show.

It’s thought the pair’s hosting duties will instead be taken over by Alison Hammond and Dermot O’Leary.

Holly and Phil don’t usually present on Friday, but they stepped in for today’s show to mark their last appearance before the festive season.

Viewers were baffled by the revelation, with many sharing their confusion over the length of the pair’s time off.

As a result, fans rushed to social media to reveal their feelings.

“Just turned on #thismorning. Am I missing something? Oh, holidays AGAIN for Holly and Phil next week then?” ranted one viewer.

Read more: This Morning hosts under fire as they’re accused of double standards by ITV viewers

Don't know why Holly and Phill need a longer Christmas holiday more than anyone else. Must be hard tiring work?! #ThisMorning

Just turned on #thismorning Am I missing something? Oh, holidays AGAIN for Holly and Phil next week then?

A second tweeted: “Don’t know why Holly and Phill need a longer Christmas holiday more than anyone else. Must be hard tiring work?! #ThisMorning.”

“So Phil and Holly off until Christmas presume we have to suffer Alison and puppet Dermot for the rest? #thismorning,” tweeted a third.

However, others loved seeing Holly and Phil host today’s show.

One said: “What a TREAT to see Holly & Phil on a Friday!”

Although they’re taking some time off, Holly and Phil will be returning on Christmas Day for a special festive episode.

Meanwhile, Holly has hit out at rumours that she plans on ditching her job on This Morning.

During her upcoming appearance on The Jonathan Ross Show, she says: “I never think like that. I feel very lucky to be on that show.

“The show changes so much, I think that’s the beauty of This Morning.

She adds: “Recently it’s had the highest ratings it’s had in 15 years. It’s doing really, really well which is extraordinary for a show that’s been around for as long as it has.”