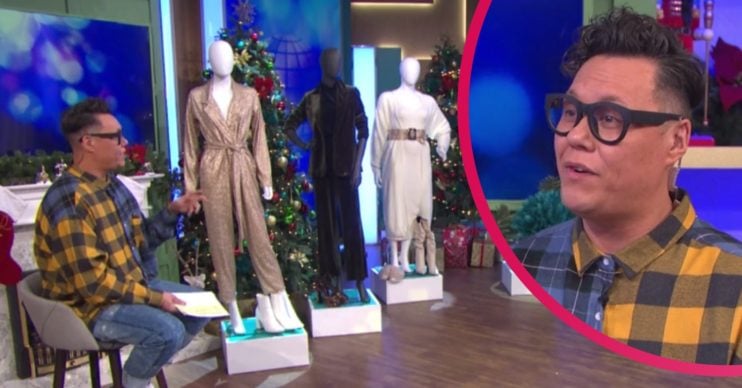 Fashion expert told to 'give his head a wobble'

This Morning star Gok Wan was criticised by ITV viewers for his fashion segment on the show.

The presenter, 46, came under fire as he fronted an item about party wear for the festive season.

Viewers were incredulous that items costing over £50 should be suggested as suitable purchases.

Many of those watching at home blasted the fashion expert for suggesting clothes can be seen as an ‘investment’.

And some others seemed furious that ‘unaffordable’ garments should be promoted at all.

They suggested he should rethink his approach because of the coronavirus pandemic.

Nearly £200 for an outfit to wear INDOORS.

And that’s just because many people won’t be heading out partying because of the tiers system.

Some Twitter users also pointed out they have been hit hard financially by the crisis.

And so their disposable income probably won’t stretch to expensive clothes they have nowhere to wear them to.

However, an enthusiastic Gok insisted at one point: “We genuinely can make ourselves feel so much better this year.

“I hope everyone dresses up this Christmas and throws everything at it because my goodness we deserve it.”

Someone else seethed: “Investment?! Clothes?! Give your head a wobble, Gok especially as there’s not many places to wear it #ThisMorning.”

“No offence Gok but £50? WE ARE UNEMPLOYED #ThisMorning,” added another.

And a fifth person added snarkily: “Yeah Gok, I’m thinking of getting dressed up to clean the cockatiel’s cage tomorrow. What do you recommend? #thismorning.”

Gok’s own fashion – in particular his shirt – also came in for some sharp remarks.

One chuckled: “Gok has sewn two shirts together #ThisMorning.”

But not everybody had a go at Gok’s look. Others seemed won over by his shirt.

One person enquired: “@thismorning where did Gok get his shirt from, love it.”

And another added: “Please ask Gok where his shirt is from.”