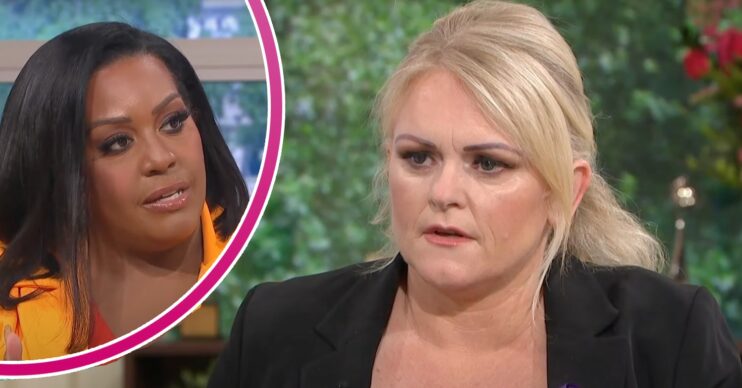 Hollie is fighting for Archie's life at the moment

Viewers of the show were devastated by Archie’s story – but had some difficult advice to impart to his heartbroken mother.

Last month, Hollie appeared on the show to discuss how her son, Archie, was on life support after taking part in a dangerous TikTok challenge.

She told Holly Willoughby and Phillip Schofield that the doctors want to turn off Archie’s life support after declaring him brain stem dead.

Read more: This Morning fans declare ’shame on you’ as Scarlett Moffatt is fat-shamed after appearance on show

However, Hollie refused to let them, believing that Archie is still showing signs of life.

This has then led to a court battle between Hollie and the hospital over whether or not Alfie’s life support should stay on.

Today, Hollie was back on the show to discuss her battle to save Archie’s life with hosts Alison Hammond and Dermot O’Leary.

Archie Battersbee’s story on This Morning

In June, the judge ruled that Archie was brain dead and that the hospital had the right to turn his life support off.

However, Hollie and her family appealed that. “We launched the second appeal yesterday,” she said.

“We’re waiting to see whether that appeal has been granted,” she said. “If it’s not, we take it to the Supreme Court.”

“Reading about this, the thing it seems to me that you want more than anything else is time,” Dermot said.

“Time,” Hollie agreed. “It’s been proven – we’ve had so many cases come forward – your child needs four to six months before we even see signs of waking up.”

She then went on to say that Archie has been gripping her hand whilst on life support.

“I think they [the courts and hospital] just need to give him time. What is the rush?” she asked. She then said that she believes he will wake up.

Viewers of This Morning were very sympathetic to Archie and Hollie’s plight. However, some had some pretty difficult advice to impart to her.

“I’m so sorry for Archie and his family, but he needs to be let go. Doctors don’t stop children from living if there’s any hope,” one viewer said.

“She keeps saying she wants more time, but does she want to leave him being artificially kept alive forever? How much time does she want? Sadly she’s never going to want to let him go. We have the same story every few years,” another wrote.

“If he’s diagnosed by numerous docs as brain stem dead then he’s not waking up…sad to say but people around her need to have a word and tell her it’s time to let go,” a third tweeted.

However, many others rallied round Hollie.

“I feel for this woman I really do. I hope she gets her 6 months then lets her son go knowing she’s done all she can,” one said.