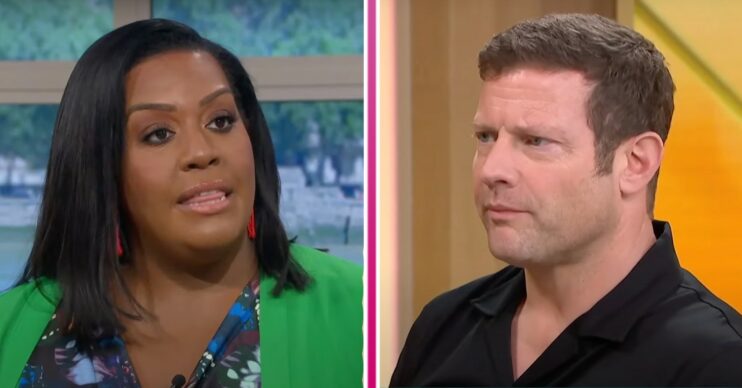 Josie and Craig will be hosting from next week

This Morning today was Alison Hammond and Dermot O’Leary‘s final show for the summer, after two weeks of hosting.

However, while some viewers were gutted that the duo are off for the summer others were over the moon.

Today marked the end of a mini era on This Morning.

After two weeks of hosting the show, today was Alison and Dermot’s final show of the summer.

At the end of the show, Dermot confessed that he was “upset” that he’s not going to see Alison over the summer.

At the end of the show, Dermot said: “That’s all from us – the summer season starts with Josie [Gibson] and Craig [Doyle] on Monday.”

In addition, he continued, saying: “All that’s left to say is thank you so much for your company, thank you for watching the show. It’s been absolutely amazing.”

Plenty of viewers took to Twitter to react to the fact that today was Dermot and Alison’s final show of the summer.

“I’m going to miss @AlisonHammond and @radioleary on @thismorning they have been fun to watch these past two weeks. I want to say have a wonderful summer and see you both in September,” one viewer wrote.

“Going to miss @radioleary and @AlisonHammond thanks for keeping me entertained for two weeks guys. Have a great holiday,” another said.

“Have a great Summer Alison and Dermot,” a third said.

Others, however, were glad to see the back of them.

“Hoorayyyyy!!!! The Dermot and Alison show has finished!!!” one viewer wrote.

Meanwhile, another said: “Now I can watch #ThisMorning again from next week lol #Finally.”

Viewers were made aware of Dermot and Alison’s departure yesterday (Thursday, July 21), thanks to an announcement from the stars.

Opening yesterday’s show, Alison said: “This is our penultimate day, and then we’re on holiday aren’t we?”

“Oh, what a shame,” she added, before bursting into laughter.

Who’s hosting over the summer?

Meanwhile, Josie Gibson will be presenting the show from next week. Craig Doyle will be joining her.

“Thank God it’s Josie and Craig next week!” one viewer tweeted upon hearing the news.

In addition, another joked: “Oh woop woop @AlisonHammond on a long break – can we say 30 years.”

“Bring on Josie,” a third wrote.