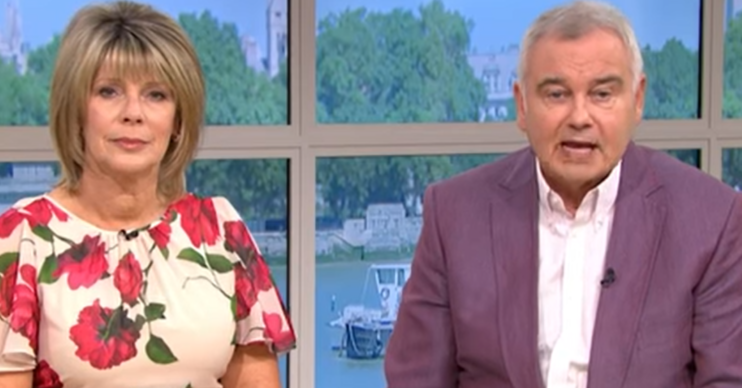 This Morning viewers were left with a bad taste in their mouths after watching the latest cooking segement today.

Jack Monroe appeared live from her garden shed, where she’d set up a makeshift kitchen to whip up her ‘lingreenie’ dish.

She explained because of social distancing she couldn’t cook in her actual kitchen and the small garden shed was quite stressful to work in.

Stressful segment on This Morning

As the segment continued, Jack turned her back to camera to sort out her pasta and everything went very quiet. Ruth kept filling, asking her to remind them of the ingredients at least twice.

Even Jack herself joked: “It wouldn’t be one of my cooking segments if it wasn’t chaotic, would it?!”

Ruth replied: “That’s all right, we don’t mind that, we’re all doing things on the hoof at the moment!”

After finally getting her spaghetti in the pan, Jack turned back to the camera and said: “This is super simple, which is a good job really because I’ve wasted about two minutes trying to poke some spaghetti in a pan!”

As she then went on to put kale, spring onion, parsley, oil and lemon in a blender, Jack fell silent again, leaving Ruth to fill the gaps with questions about Jack’s new book, Good Food For Bad Days. Ruth also asked her about who she is isolating with during lockdown.

Although Jack answered the questions, she then started blending her ingredients, leaving viewers to listen to the sound of the blender for the next few seconds.

She continued to do things without explaining what she was doing, leading Ruth to keep filling.

“It’s quite stressful working in such a small space,” Jack told the host.

Viewers at home certainly found it stressful to watch!

This is a parody of all cooking segments gone wrong 😂😆😆 #ThisMorning

Lol even Eamon was fed up #ThisMorning

Not going that well is it? #ThisMorning

This is the most quietest cooking segment ever #ThisMorning

This is painful #ThisMorning

In the end, Jack didn’t even have time to plate up the meal. Eamonn cut in and said: “Serve it up there, the clock is against us as usual.”

Jack was forced to show the viewers what it should look like while still in the pan.

Ruth told her: “Dish it up, we’ll take a break and come back.”

The show then returned after the adverts to see Jack’s finished meal looking lovely on the plate. Phew!