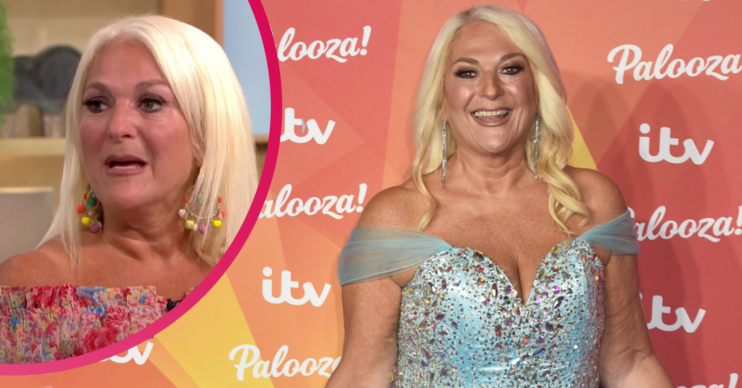 It hasn't been smooth sailing for This Morning's Vanessa Feltz

Vanessa Feltz has been a regular member of the This Morning team since 2006.

But the 59-year-old presenter has had a long and colourful career away from ITV studios.

She became a household name when she replaced Paula Yates on The Big Breakfast, interviewing stars on a bed.

It was her own ITV talk show, Vanessa, that really got her noticed though.

She moved the format to the BBC in a big money deal, but the show was cancelled following a huge controversy.

Why did the BBC cancel The Vanessa Show?

Vanessa’s talk show, Vanessa, was a huge hit for ITV when it began in 1994.

It was one of the first UK shows to follow the popular US talk show format of Jerry Springer and Oprah.

Vanessa spoke to real members of the public, trying to solve their issues.

The show was so popular that the BBC poached Vanessa in a deal reportedly worth £2.7 million in 1998.

The Vanessa Show was a similar format but ran into trouble when the Daily Mirror claimed that some of the “real people” were in fact actors hired from an entertainment agency.

Although Vanessa herself wasn’t directly responsible for booking guests, the show was cancelled after ratings fell.

It was replaced by Trisha and, these days, Vanessa hosts a show on Radio 2.

She’s done the rounds on reality TV too having taken part in Strictly Come Dancing, Celebrity Big Brother and The Weakest Link.

Who is This Morning star Vanessa Feltz married to?

In 2021 she spoke about the breakdown of the marriage after finding out her husband was having an affair through a newspaper.

She’s been in a relationship with Ben Ofoedu, singer in electro-dance duo Phats & Small, since 2001.

They’ve been engaged since 2006 but are not married.

Ben previously said to OK!: “You know what, if it isn’t broken, why fix it?

“In the 14 years Vanessa and I have been together, we’ve seen so many friends get married and after a while we thought, this is working the way it is.

“If we do get married, who knows, but not at the moment.”

Vanessa joked about creating an OnlyFans account on This Morning in January 2022.

She shocked regular hosts Phillip Schofield and Holly Willoughby as she pondered the move.

She quipped that joining the likes of Kerry Katona and Katie Price on the sharing platform could bolster her pension.

Vanessa made the joke after Phil made fun of her new verified status on Instagram.

He said: “Well, Vanessa Feltz has just got a blue tick on Instagram… and now she’s talking about joining OnlyFans!”

Vanessa replied: “Well, why not?

She went on to say that she couldn’t offend her parents as they’re dead, but her daughters were horrified when she posted a bath snap on Insta.

Where does Vanessa live?

According to Wikipedia, Vanessa was born in Islington, North London and grew up in Totteridge, also North London.

She went to school in Elstree, London and has a First Class degree in English from Cambridge.

Vanessa and Ben live in St.John’s Wood. Their home was once owned by Charles Saatchi.

Who is Vanessa Feltz daughter?

Vanessa has two daughters from her marriage to Michael Kurer, Allegra and Saskia.

Her eldest daughter, Allegra Benitah, used to be a tax lawyer, but now works as a TV chef and baker.

She’s appeared on shows such as Saturday Morning with James Martin and This Morning (obvs).

Allegra also went to Cambridge, where she studied law.

She’s married to Dan and they have two children, Zeke and Neroli.

Are you a fan of Vanessa? Tell us on our Facebook page @EntertainmentDailyFix.