ITV viewers have slammed This Morning for 'rushing' a segment on the US race protests and Black Lives Matter to squeeze in a discussion about barbecues.

During the programme today (Wednesday, June 3), hosts Phillip Schofield and Holly Willoughby had presenters Trisha Goddard and Matthew Wright on to talk about the fierce civil unrest, which followed the murder of George Floyd. 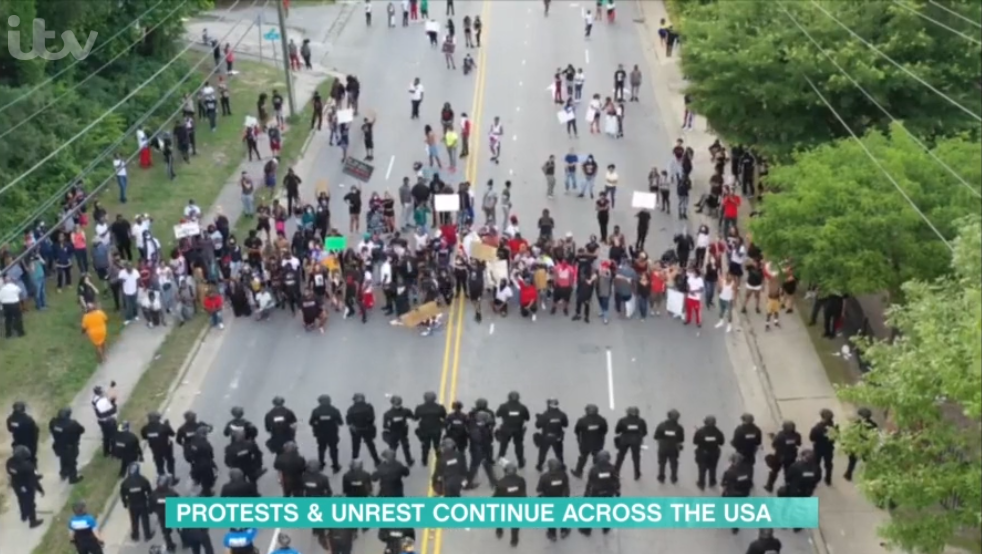 "COVID-19 and lockdown have already created a bit of a powderkeg," Trisha explained towards the end of the conversation. "Tempers are running high anyway, and the police are often in situations when they don't know how to act... 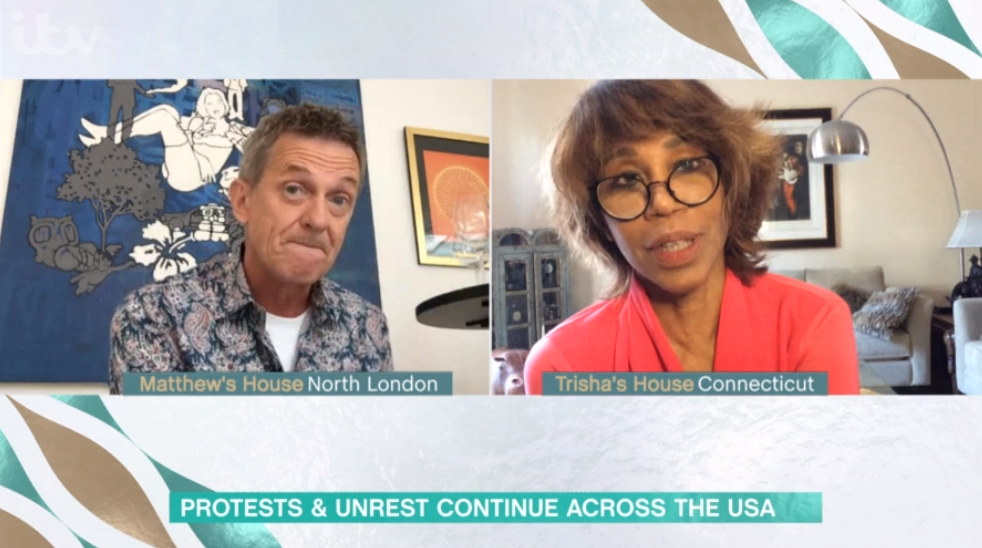 They had Mathew Wright and Trisha Goddard on to discussion the situation in the US (Credit: ITV)

Read more: Alison Hammond in tears as This Morning goes off air for #BlackLivesMatter

"The police in the States have much less training than police in Britain. And yet they're allowed to handle firearms!"

But shortly after, they ran out of time as there was still one more segment to go - presenter Alice Beer talking viewers through barbecues.

"Alright guys, we have to leave it there, sadly," Phil told Trisha and Matthew. "Lots to talk about." 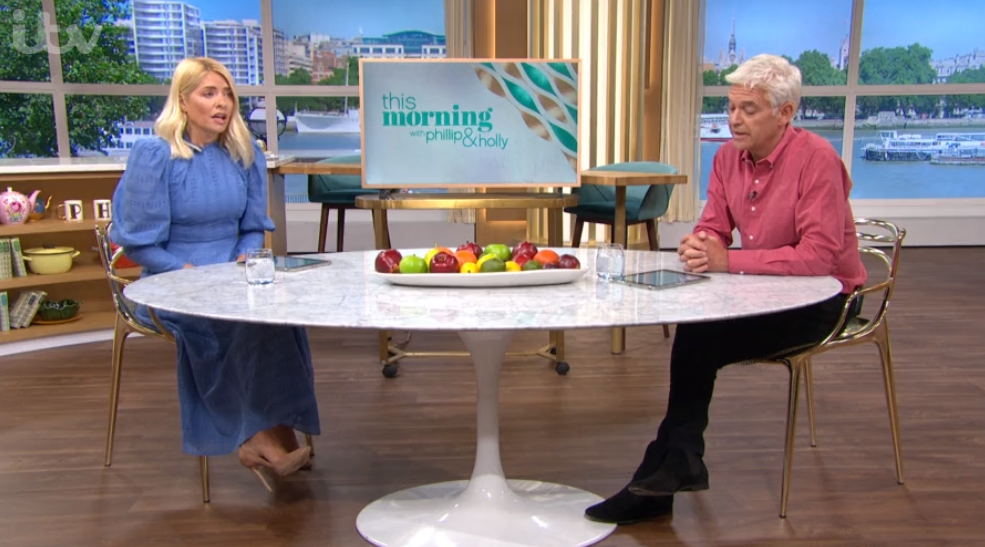 Holly and Phil seemed gutted to have to end the discussion (Credit: ITV)

"We could talk about that all day, couldn't we?" Holly said gravely.

On Twitter, viewers appeared annoyed that the segment ended to make way for the barbecue piece. Some accused This Morning producers of 'rushing' the segment on racism and the protests in America.

One said angrily: "#ThisMorning rushing through their segment on racism and the situation in America because they had run over and needed to get the next one in (which is about summer bbqs) feels like a smack in the mouth. Surely you could have cancelled it? @thismorning."

You should talk about this all day.

Another tweeted: "Rushing that segment so they can show us some BBQs for the millionth time #ThisMorning."

A third said: "Don't understand why #ThisMorning rushes the segment on the Black Lives Matter protests because they have to get to 'the perfect BBQs' etc. Surely they should put that on another day @thismorning #BLM."

#ThisMorning rushing through their segment on racism and the situation in America short because they had run over and they need to get the next one in (which is about summer bbqs) feels like a smack in the mouth.

Surely you could of cancelled it? @thismorning

Read more: Gemma Collins begs for kindness as she tells fans 'we must spread love and light'

A fifth said: "#thismorning pity you had to cut Trisha Goddard short and the section on barbecues in order to phone seven people to give one £500. Joke."

#thismorning pity you had to cut Tricia Goddard short and the section on Barbecues in order to phone 7 people to give one £500. Joke

This Morning airs weekdays on ITV at 10am