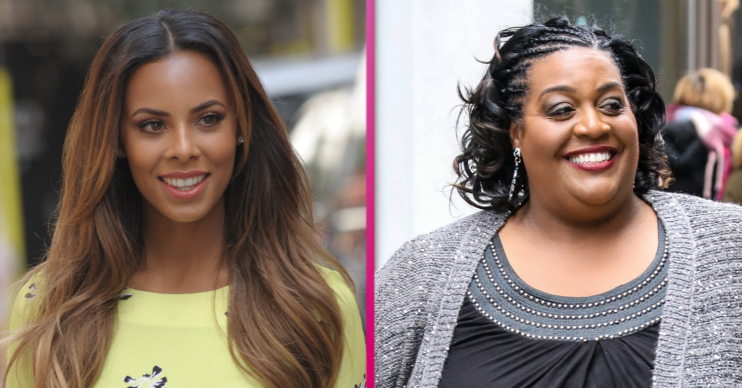 This Morning: Rochelle Humes ‘so excited’ to co-host with Alison Hammond

The presenters are set to appear on the ITV show tomorrow

Rochelle Humes has shared her excitement as she prepares to co-host with Alison Hammond on This Morning.

The popular TV stars have taken over from Friday’s usual hosts, Eamonn Holmes and Fiona Phillips, as they cover main hosts Holly Willoughby and Phillip Schofield for the summer.

Today marks the first time Rochelle and Alison will be presenting alongside one another on the ITV show.

Sharing a behind-the-scenes look from the show today, Alison filmed backstage as a preview ad for their stint aired.

Rochelle – who has presented with Ore Oduba and Dermot O’Leary in recent weeks – later reposted the clip to her own Instagram Stories.

Another agreed: “Ahhhh now tomorrow show is going to be epic Alison and Rochelle presenting together that is great news @RochelleHumes @AlisonHammond @thismorning #ThisMorning.”

This Morning’s summer switch up

Alison is also set to appear alongside former X Factor host Dermot in the upcoming weeks.

Meanwhile, Ruth Langsford and Eamonn Holmes take to screens from Monday to Thursday.

They wrote: “As @EamonnHolmes and @RuthieeL kick off your summer This Morning, we’ve announced a whole host of presenting partnerships who’ll be joining them!”

Speaking on the switch up, show editor Martin Frizell also added: “We’ve been inundated with viewers’ positive feedback throughout lockdown on how This Morning has provided a much-needed comfort blanket.”

It’s certainly a busy few weeks for Alison, who recently revealed she is set to replace Rylan Clark-Neal on BBC Radio 2.

The 45-year-old presenter will be taking over for three weeks so the former Big Brother star can take a break.

Read more: This Morning: India Willoughby hits back as viewers mock her over spelling blunder

Alison shared the news on Instagram, telling fans: “So have you heard the news? I’m looking after the @Rylan show on @bbcradio2 for the next three weeks and would love to hear from you.

“Looking for your cooling down hacks and your inspirational quotes that you live by. See you Saturday 3pm on @bbcradio2!”