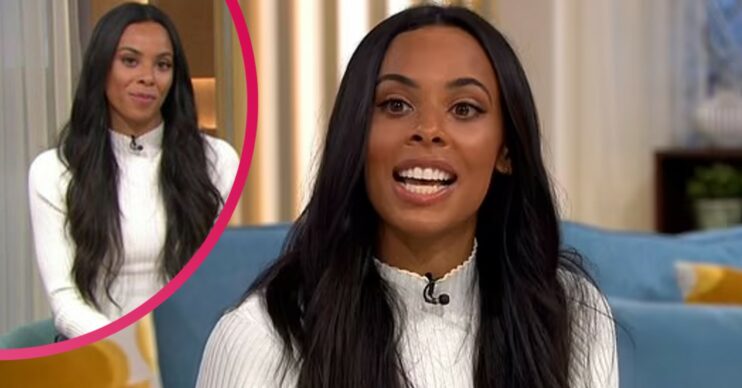 This Morning host Rochelle Humes has confessed she’s fearful of her daughter having an asthma attack.

The star’s youngest, Valentina, suffers from the condition.

During a health segment on This Morning on Monday, Rochelle opened up about her concerns.

She admitted that she would have no idea what to do if Valentina started having a full-blown asthma attack.

She said: “We know asthma is a common condition. It’s funny because my little one has asthma but I actually don’t really know what I would do if she has a full-on asthma attack, which is crazy because she’s my child.

“I was given a pump and it looked very similar to that, when she has a cold, she will sound a little bit barky during the night.”

Rochelle said her daughter has “never had a full-on episode” so she “wouldn’t know what to do”.

The medical expert then told Rochelle what she should do in the case of such an emergency.

Read more: Holly Willoughby ‘so angry’ she was prompted to ‘make changes’ after I’m A Celebrity stint

She said: “It’s a medical emergency, it kills people every day in the UK, call 999. Take this blue inhaler and give it to them.

“Put their head up like this and direct it down to open the airway. 1 in 3 people dies every day from asthma. Cold air can be a trigger so wearing a scarf can help, dust in the home, pollution, central heating makes the air very dry.

“Please absolutely do not give someone a brown paper bag, that’s for a panic attack, not asthma, do not do it.”

Meanwhile, viewers were very confused when they tuned in and saw Rochelle today.

The usual co-host, Holly Willoughby, was nowhere to be seen.

Read more: Coleen Nolan reveals new boyfriend as she opens up on marriage

Rochelle explained: “I’ve come here to hang out and keep her seat warm.”

Holly is away filming a BBC series, and ITV bosses have given the star two weeks off so she can commit to the project.