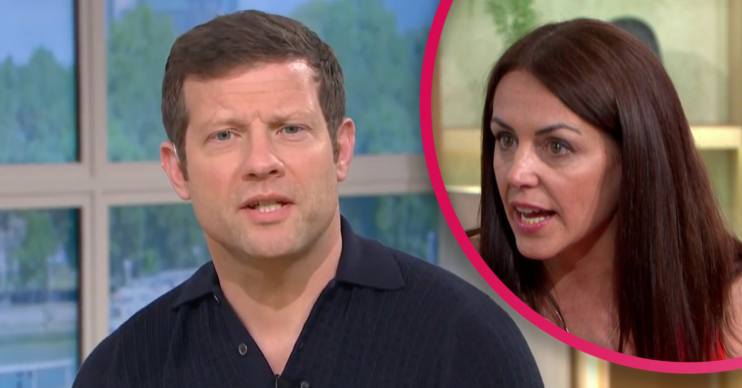 They clashed over the COVID vaccine earlier this week

This Morning pundit Beverley Turner has been “banned from the show”, it has been reported.

Beverley came to blows with host Dermot O’Leary on Monday (May 31) over the COVID vaccine.

The segment led to numerous complaints to Ofcom.

And now it’s been claimed that Beverley won’t return to the show.

What happened with Beverley Turner on This Morning?

Earlier this week, Beverley appeared on the show alongside Dermot and co-host Alison Hammond.

A discussion about the vaccine’s effectiveness led to a heated row when Beverley said young people should refuse the vaccine.

She told Dermot: “It does not stop you catching or passing on the virus.”

He replied: “It does. The finest minds of science have, in an extraordinarily short amount of time, come up with this vaccine.

“It’s proven it’s working statistically. Why are you so cynical?”

Beverley retorted: “Because of the fact there’s a 99.8% survival rate from COVID-19. The average age of death is 82.”

So what has This Morning said?

ED! has contacted ITV for a comment on the story.

However, a source has revealed that Beverley is “banned” from appearing on the show.

The source told the Daily Mail: “Production staff were told Bev is banned from the show after the comments she made.

“They couldn’t have her on again.”

What has Beverley said?

Sources close to Beverley claimed she hasn’t had any contact with This Morning since the row.

Through her rep, Beverley added: “I love taking part in the current affairs debates on This Morning and applaud the country’s longest running daytime show for discussing the day’s biggest stories.

“This Morning has been very supportive over the last few years and I look forward to continuing our positive relationship.”

Beverley herself responded to the claims on Twitter this morning (June 6).

She said: “‘Anti-vaxxer’ is a total misnomer. My children and I have had all our inoculations.

“And I totally stand by my position that for healthy young people it is #SaferToWait for #longtermdata.

“Risk v benefit does not stack up. That isn’t controversial. Thanks for your huge support.”

What do you think of her ban? Tell us on our Facebook page @EntertainmentDailyFix.