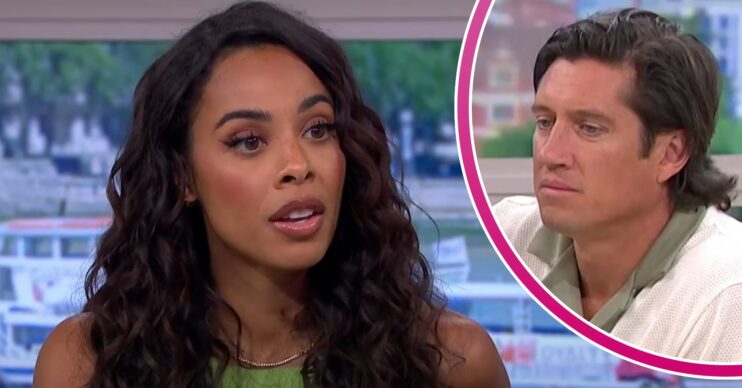 Can you guess who's replacing her?

The This Morning presenters will be given a bit of a shake up from tomorrow (August 5) after it was revealed Rochelle Humes will not be on Friday’s show.

Rochelle has been hosting the ITV daytime series since Monday (August 1) alongside Vernon Kay.

But she confirmed today (Thursday August 4) she will not be on the This Morning sofa with him tomorrow.

Relief presenters have been filling in for anchors Phillip Schofield and Holly Willoughby after they finished up for the summer a month ago.

Since Phil and Holly nipped off for their break, various presenting combos have stepped in.

They include Alison Hammond and Dermot O’Leary, and Josie Gibson and Craig Doyle.

And it appears it will be Josie who is returning for Friday’s instalment.

Rochelle confirmed the change at the end of today’s show as she told viewers that guests would include Westlife.

“Now Josie will be joining Vernon on tomorrow’s This Morning,” she said.

Josie will be on next week, too – and back alongside Craig.

Viewers on Rochelle and Vernon

Reviews from social media users this week have been a bit mixed for Rochelle and Vernon.

But some fans are keen to see them on their screens much, much more.

Rochelle and Vernon are good together #ThisMorning.

Meanwhile, another person evaluated them: “Rochelle and Vernon are good together #ThisMorning.”

And someone else asked: “Can we have Vernon and Rochelle full time please #ThisMorning.”

Both Josie and Rochelle have been scheduled to return since the summer 2022 presenting line-up was reported.

And as well as Rochelle teaming up with Craig in future, she will also co-host with Andi Peters, too.

Ruth Langsford will also present with Rylan ahead of Phillip and Holly’s own return on September 5.