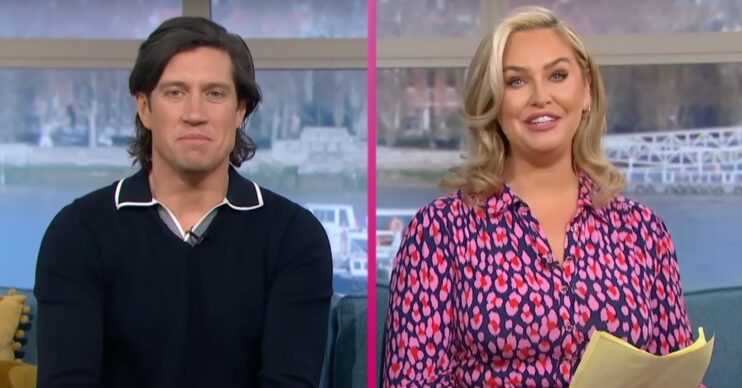 The duo are firm fan favourites

Fans of the show want the duo to replace Holly Willoughby and Phillip Schofield permanently, with many branding them a “breath of fresh air”.

For the third day this week, Josie and Vernon fronted This Morning in Holly and Phillip’s absence.

Holly and Phillip are currently on their Easter holiday – meaning Vernon and Josie are hosting for most of this week.

Read more: This Morning: ITV’s Matthew Wright told to ‘shut up’ and stop ‘criticising our Queen’ as debate turns fiery

The duo will be presenting the show tomorrow (Thursday, April 14), but won’t be on Friday (April 15).

Dermot O’Leary and Alison Hammond, who usually host Friday shows, will be stepping in instead.

There had been calls for Josie and Vernon to host This Morning together more back when they hosted in December.

Viewers’ wishes finally came true this week, and it’s safe to say they’re happy about it!

What have fans said about This Morning presenters Vernon and Josie?

All week, and today in particular, viewers have been taking to Twitter to praise Vernon and Josie’s presenting of the show.

Many have even called for the popular duo to take over full-time and replace Holly and Phillip.

“The new team on #ThisMorning is a like a breath of fresh air after stodgy old Philip and Dermot,” one viewer tweeted.

“Enjoyed having Vernon and Josie on #ThisMorning. So much better than Phil and Holly!” another said.

“This show is so much fresher with Vernon and Josie. Phil & Holly need to watch out – ITV don’t realise this,” a third wrote.

“Josie and Vernon are A FAR better duo than Holly or Phil, and especially Alison and Dermot. I’ve genuinely laughed out loud a few times this week,” another said.

“They should keep Vernon and Josie on here – nothing fake about them,” a fifth tweeted.

They may be fan favourites, but that hasn’t stopped some viewers from poking fun at Josie and Vernon this week.

The duo were mocked yesterday (Tuesday, April 12) for the outfits they decided to wear – which were interesting to say the least!

Vernon opted for a patterned grey and white shirt, whilst Josie went for a yellow, pink and green floral patterned dress.

Viewers were quick to poke fun at their pair, with some even accusing Vernon of raiding wife Tess Daly‘s closet!

“Josie and Vernon dressed like a couple on a cruise,” one viewer joked.

“Could Vernon & Josie not have discussed their wardrobes before going on air! My eyes!” another tweeted.

Are you enjoying Josie and Vernon hosting This Morning? Leave us a comment on our Facebook page @EntertainmentDailyFix and let us know what you think of this story.