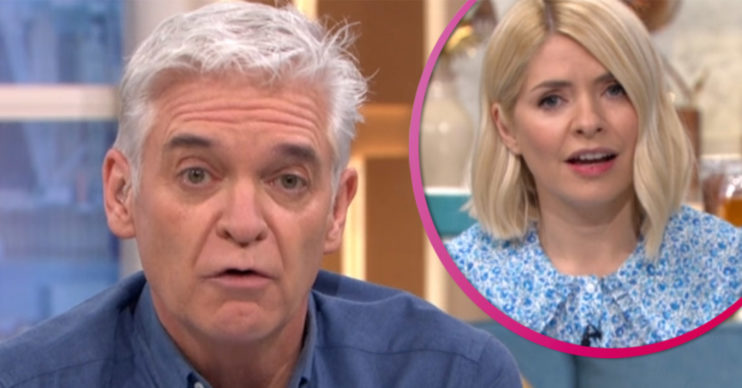 This Morning: Phillip Schofield issues plea to government as viewer gets emotional on air

Viewer Jessica called in to get advice on Thursday's show

This Morning host Phillip Schofield issued a plea to the government after a viewer became emotional over her wedding venue business.

During Thursday show‘s phone-in segment, viewer Jessica called in to get some advice after being stuck in limbo with her company.

She explained to the presenter and Holly Willoughby she’s been struggling with having to tell couples their wedding has been postponed.

Jessica said: “We’ve been told we can go ahead from the 12th of April and to prepare all our couples.

“The registrar told us this and yesterday it was leaked that this isn’t the case, that wedding venues can’t open.

“We’re going to have to postpone them all over again.”

What did Jessica say?

She continued: “There’s just no space to put anyone, telling those people again, ‘Sorry, we can’t do it anymore.’

“We’ve got staff, we’ve got so much responsibility and people are coming to me for the answers and we don’t have them.”

Phil said: “I can hear the despair in your voice.”

Meanwhile, Jessica added: “We’re here to make people’s dreams come true and to have the best day of their lives and for the last 10 years we’ve been running this business and it’s been wonderful.

“But we’re stuck in this absolute nightmare, there’s no answers.

“The government released the roadmap but with no small print and we still don’t have it.”

In addition, Jessica said they ran 15 Covid-safe weddings last year and know they can run them safely again.

Meanwhile, offering his advice, Phil said: “It’s not your fault. You are doing the absolute best you can and poised and ready to make those dreams come true.

“You just want clarity. Let’s hope someone can provide that.

“If there’s anyone in Downing Street or in the Cabinet offices who wants to give us a call about clarity that we can maybe give an announcement of some sort.”

Can you relate to Jessica’s comments? Head to our Facebook page @EntertainmentDailyFix and tell us.