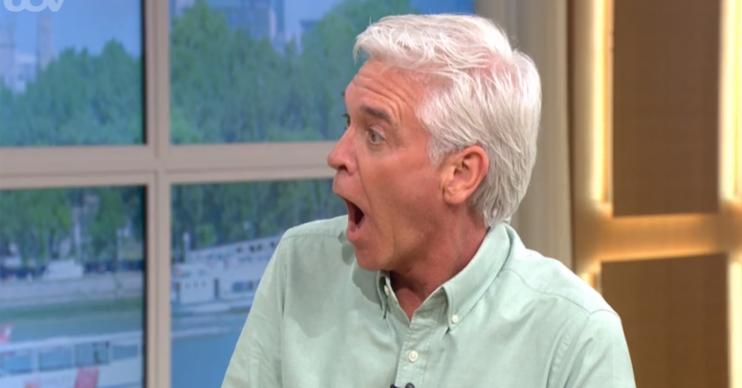 The rude noise was actually a prank

Viewers of This Morning were left in hysterics as Phillip Schofield seemingly let out a cheeky fart during a yoga demonstration.

But it turned out he was being pranked by co-presenter Holly Willoughby and the show’s production team.

Holly made some fart noises as Phillip bent over to the side during a yoga stretch.

And while Phillip tried to maintain his composure while he went through this moves with a yoga instructor via video link, Holly could be seen in hysterics in the background.

Once the exercise segment was completed, the show went to an ad break, with viewers taking to Twitter to discuss whether or not they had heard Phil fart.

Read more: This Morning viewers ask why Holly Willoughby has gone to work dressed ‘as a meringue’

One fan tweeted: “#thismorning who farted during the Yoga exercises!!?#whodunnit.”

Another added: “Who did the fart noise when Schofield was doing yoga #fart #thismorning.”

Back on air, Holly admitted that she was the one behind the rude noises.

However, as they played the clip back producers edited an even louder fart noise into the segment leaving Phil red-faced.

Ever the good sport, Phil laughed along but later on in the show the presenter got his own back.

TV presenter Bradley Walsh and his son Barney called into to prank Holly during a phone-in about home schooling.

He revealed he’d taken his son on a school trip to the front room.

After a break, Phil revealed to a shocked Holly that Bradley and Barney were behind the call.

Bradley said: “We’re making a show from our shed and it was Barn’s idea to prank call you so that’s what we did,” as he did Roger’s voice.

He added: “I wondered if you had sussed it out at all because twice I called you Polly deliberately.”

Holly joked: “I’ll answer to anything!”