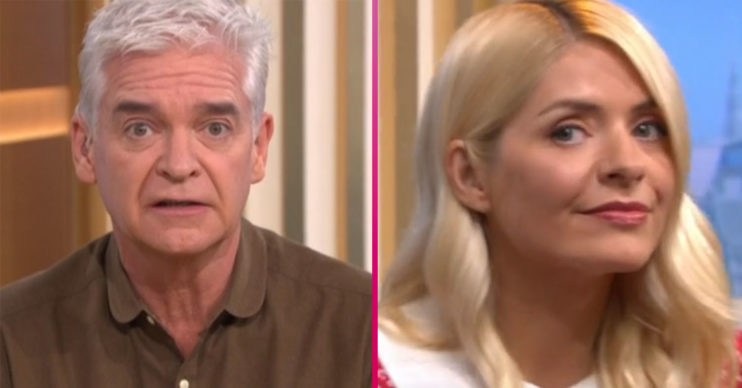 His alarm didn't go off!

The star joined Holly Willoughby on Monday morning’s show but admitted he nearly didn’t make it in time.

Phil, 58, said his alarm “went off perfectly” last week, however, today it didn’t.

Holly told viewers at the start of the show: “You’re lucky you have two of us today as I was almost presenting the show on my own!”

Turning to Phil, she asked: “What happened to you today?”

Phil said: “On your phone, you set your alarm. Monday to Thursday. Last week, it went off perfectly.

“This morning, it just didn’t bother!”

He added: “How can that happen?” to which Holly said: “I don’t know how that could happen.”

Holly said: “That’s quite scary. So you had a last minute dash?”

You’re lucky you have two of us today as I was almost presenting the show on my own!

Phil replied: “Yes! It’s when you wake up and you look at the time and your heart goes [does a exploding sound].”

Holly reassured Phil: “It happens once a year though and at least you’ve got your one out of the way for the term.”

She added: “So I’ve still got mine to look forward to! Fun.”

Meanwhile, on last week’s show, Phil was left in hysterics when Holly made a rude comment.

The duo were going against each other in a game of ‘Guess the Gadget’ with Steve Wilson on Thursday’s show.

Steve asked Holly and Phil to guess one object, which was a long bag with strings attached.

Holly then joked: “It’s a ball bag!” as Phil, Steve and the studio burst into hysterics.

Steve laughed: “That’s exactly what it is yeah.”

He added: “Right, swiftly moving on…”

Of all the answers @hollywills could have given for Guess the Gadget, we didn't expect this! 😱