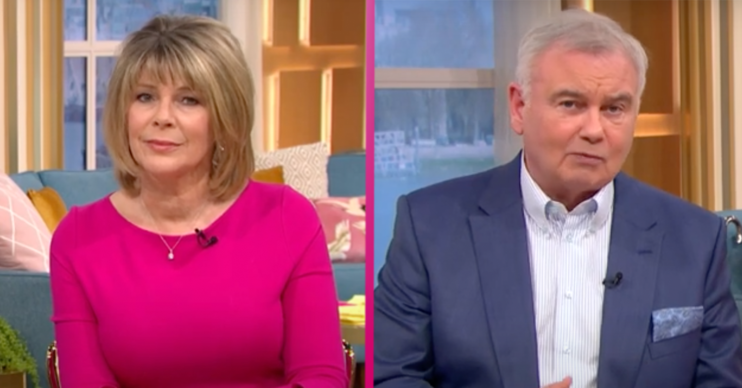 But not everyone's quite so happy…

And, in good news for fans, they’ll be on five days a week for the entire summer.

However, after a teaser clip for their return was shared on social media, some fans revealed the reason why they’ll be switching off till Holly Willoughby and Phillip Schofield return.

What did ITV post about This Morning hosts Eamonn and Ruth?

The official This Morning Instagram account shared an ad that’s been showing on TV announcing the pair’s return.

In it, they are seen stepping on a Big-style keyboard on the floor, playing out the This Morning tune.

The video is captioned: “They’re baaaack! @eamonnholmes and @ruthlangsfordreturn this summer to host #ThisMorning 5 days a week!”

How did This Morning fans react?

Many Ruth and Eamonn fans appeared thrilled at the prospect of their return.

One said: “Thank god for that. I’ll start and watch it again then.”

Read more: When are Holly and Phil back on This Morning?

Another added: “These two have been missed. ITV has lost viewers, that’s why they’re back.”

A third commented: “Best couple on This Morning.”

“They’re coming home! Thank you ITV… should never have let them go,” said another.

However, not everyone is thrilled about their return.

So what have the haters said?

Commenting on the video, some This Morning viewers revealed the reason they’ll be switching off till Holly and Phil return in September.

One said: “Roll on September can’t watch these two. The way he talks to Ruth is horrible.”

Another echoed the same sentiment.

They said: “I won’t be watching, can’t stand Eamonn and the way he speaks down to Ruth.”

A third felt the same: “Oh dear, no more This Morning until Phil and Holly come back, can’t stand the way Eamonn talks over his wife all the time, such a rude man!”