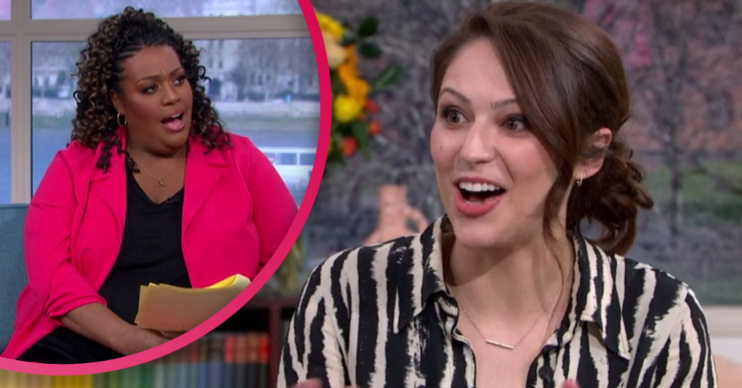 There were a lot of unhappy viewers

This Morning get Nicola Thorp came under huge fire today (March 18) as she appeared to “laugh” during a discussion about a rise in the number of heart attacks.

The debate included a change in America which has made daylight savings time a permanent thing, meaning the clocks going forward and backwards won’t happen in the States.

Gyles said he thought it was a good thing, and then Nicola made her point.

She told the hosts she had a bit of trivia for them.

Nicola said: “Every year when the clocks change there’s a spike in heart attacks.

“This is because people have changed the hours that they take their medication or they have a little bit less sleep and for whatever reason,” she said, stifling a giggle, “there is a spike in people who have heart attacks and heart related complaints as a result.”

Alison then said: “You’re laughing but it’s actually called the Circadian Rhythm. So changing the time can change your whole rhythm.”

Gyles then said that taking your medication “an hour earlier or an hour later is not going to give you a heart attack,” as Nicola laughed once more.

Badly, it was to be said.

People who had lost relatives to heart attacks tweeted the show to voice their disgust at Nicola’s behaviour.

One said: “Heart attacks are [bleep]ing funny now, are they?”

Read more: Holly Willoughby breaks her silence after enforced absence from This Morning

Another added: “Nicola Thorp laughing about people having heart attacks is just crossing the line.”

A third said: “Laughing over people having heart attacks through time difference taking meds. Nicola is disgusting. Not funny.

“Don’t why she’s even on giving views. She’s only an ex Corrie actress.”

“Having a heart attack is so hilarious,” said one viewer sarcastically.

“Why are they laughing at heart attacks?” asked another.

“She’s laughing about people having heart attacks? Seriously??” questioned another.

Disgust after losing loved ones to heart attacks

Others tweeted their disgust after losing loved ones to heart attacks.

“My dad died of a heart attack last year. You laughing over people having heart attacks for accidentally taking their medication late is disgusting and upsetting,” said one.

Another commented: “My husband passed away from a heart attack. I am bloody fuming at them laughing. They need to bloody grow up or work on children’s TV!”

A third said: “So my other half has had two heart attacks and works 12-14 hour shifts till 2-3 am so yeah clocks,  heart attacks etc, is really funny.”

ED! has contacted This Morning for a comment on this story.

What did you make of the debate? Tell us on our Facebook page @EntertainmentDailyFix.