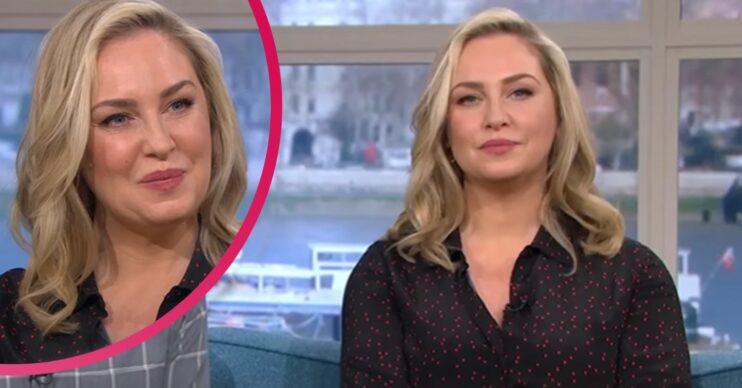 This Morning: Josie Gibson has viewers all saying same thing

It's the 'presenting role she deserves'

Josie Gibson stepped in for Covid-stricken Holly Willoughby on This Morning today.

The ex Big Brother housemate usually only presents small segments on the show, like the competitions.

However, fans were thrilled to see her stepping into the spotlight once again and presenting the show today.

Some even called for ITV to offer the star a permanent role on the daytime show!

What did fans say about Josie Gibson on This Morning today?

Viewers were glad to see Josie step in for Holly today as they claim it’s the ‘presenting role she deserves’.

One fan wrote: “YAY we love Queen Josie, finally getting the presenting roles she deserves #ThisMorning.”

Another said: “Feels better already with our lovely Josie on her rightful throne… #ThisMorning.”

Someone else tweeted: “Get well soon Holly. Lovely to see Josie standing in for her.”

Fans want to see more of Josie Gibson on This Morning

Fans of This Morning are begging ITV to give Josie a permanent role on the show.

One viewer tweeted: “OMG love Josie, she is sooo funny and natural. Great replacement for Holly. More of Josie please.”

“Josie looks absolutely stunning on This Morning. Fantastic presenter. I want to see more of her,” another added.

Some viewers even believe that Josie would make a good host on the daytime show.

Someone wrote: “I love Josie on This Morning. If Holly moves on I think she is a good candidate for her seat!”

Another fan said: “Please make Phil and Josie permanent presenters! She’s absolutely amazing and has a laugh with everyone.”

Why was she on the show?

Josie replaced the presenter on This Morning today after Holly tested positive for Covid.

At the start of the show, Phil said: “Holly and I were starting to think after doing the show through everything that we may be immune. But it got me and now it’s got her.

“It’s the weirdest thing watching the show at home. Get well soon, we miss you.”

What do you think of Holly Willoughby’s replacement? Head to our Facebook page @EntertainmentDailyFix and let us know.