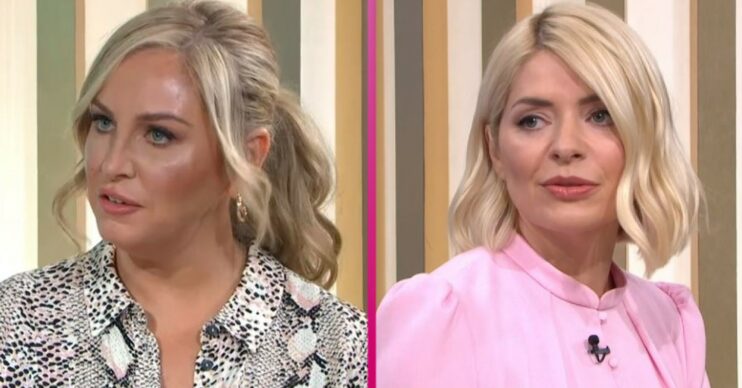 This Morning viewers were thrilled as Josie Gibson and Holly Willoughby teamed up to host the show today.

Josie and Holly have never presented the daytime show together.

But as Phillip Schofield recently tested positive for Covid-19, Josie was called in to replace him on Thursday.

And it’s safe to say, viewers were loving the decision!

Josie and Holly on This Morning today

Today also marked Holly’s return to the show after more than two weeks off.

Opening the programme, Holly spoke about her time off in which she was filming for a new BBC show, Wim Hof’s Superstar Survival.

She said: “I feel like the blondes have taken over TV for the day!

“I’ve been in Italy. I was in Northern Italy, up in the Alps doing a new TV show which is coming out later on this year.

“It was with Wim Hof. We were just doing all sorts of crazy stuff. It was freezing. I had heat pads in places I didn’t know existed.”

When asked whether she did any of the challenges, Holly admitted: “Uh, no. Well, there was a couple of little moments.

“I did try and have the cold showers.”

However, Holly said she only lasted about 10 seconds!

The pair then cracked on with the show and within minutes viewers were loving Holly and Josie together.

One person gushed on Twitter: “Absolutely loving the @HollyWills and @JosiesTweet pairing on today’s @ThisMorning already.”

Another said: “Josie and Holly!!! What an iconic duo.”

A third tweeted: “Josie and Holly on @thismorning needs to happen more often.”

Others had much praise for Josie, branding her a “natural”.

One said: “We could have had Josie for the last three weeks, love her she’s so natural.”

Another wrote: “@Josiestweet is an absolute natural.”

What do you think of Holly and Josie together? Leave us a comment on our Facebook page @EntertainmentDailyFix and let us know.