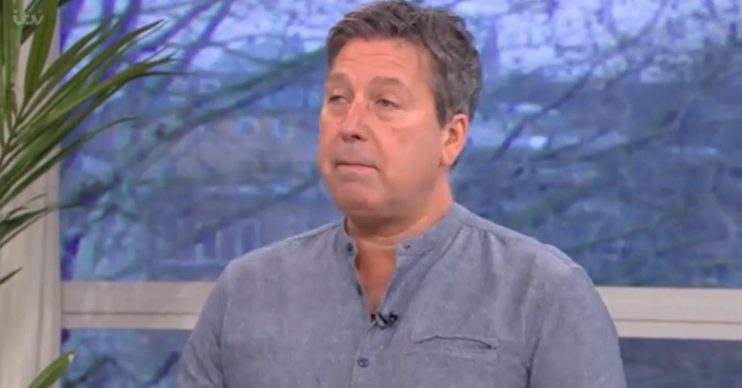 On the latest episode of This Morning, presenters Phillip Schofield and Holly Willoughby chatted with John – who was on to host a cookery segment – about the late Hell’s Kitchen star.

John replied: “Yeah, really sad. You know, young man. Really, really talented. And he was a great advocate of British food, he was the man who said to everybody, eat British, stop going to France, come and have our produce.

“He was the man who put it on the map. Amazing, absolutely amazing talent, and very, very sad news. Really feel for his family.”

Holly said: “It’s very sad, thank you. Well, from everyone here at This Morning, we’re sending all our love and sympathies to Gary’s family.”

The show’s Twitter account shared the news of Gary’s passing with followers, who were in tears over the news.

TV chef Gary Rhodes has died at the age of 59, his family have announced. pic.twitter.com/z3hW4IqdzZ

One replied, with a crying-face emoji: “So sad, gone too early.”

Another said: “Omg this is so sad, I’m so shocked! RIP Gary, all my wishes and love to his family.”

So sad, gone too early.

A third wrote: “Such sad news! Love and thoughts to the family.”

“Oh no. Condolences to his family and friends,” said a fourth, adding: “Loved watching him on Rhodes Around Britain. RIP Gary.”

The family said in a statement: “The Rhodes family are deeply saddened to announce the passing of beloved husband, father and brother, Gary Rhodes OBE.

Chef James Martin was among those to share tributes to Gary on social media, calling him a “hugely influential” figure, while Gordon Ramsay called him a “fantastic chef” who will “be missed”.