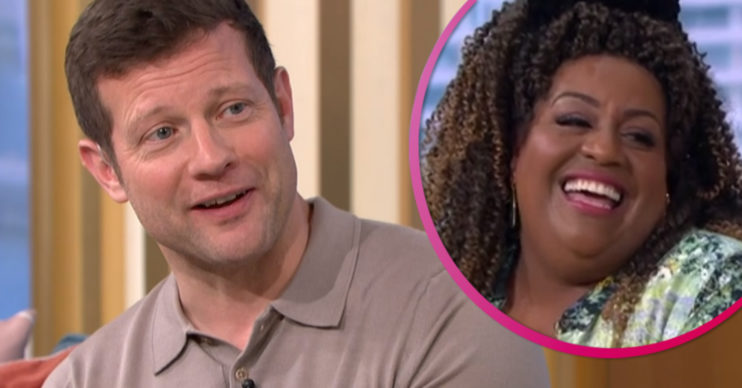 This Morning: ITV viewers in hysterics as Dermot O’Leary swears on air

ITV viewers were left in hysterics as Dermot O’Leary swore on This Morning today.

At the start of Friday’s show, the presenter was discussing people going on strike from their household chores when he dropped the s-bomb.

He said: “I’m good on a dishwasher, I’m very exact. Dee [his wife], who’s got a far more analytical mind than me, I open it sometimes and I’m like, ‘Have you literally just thrown that in?’

Dermot then added: “[Expletive], I’m going to get killed for that.”

What did ITV viewers say about This Morning?

Viewers found the gaffe hilarious on Twitter, as one person said: “Dermot O’leary saying [bleep] is a cracking way to start the show.”

Read more: This Morning: Phillip Schofield issues plea to government as viewer gets emotional on air

Another wrote: “@radioleary just Dermot casually saying [bleep] on This Morning, love it,” followed by a laughing face emoji.

Earlier this month, Dermot became emotional on This Morning as his parents appeared on the show.

During the chat, the group went on to discuss recent reports that his family were snubbed from Who Do You Think You Are?

Becoming emotional, Dermot said: “How am I supposed to do the menu now?”

Alison then took over and read out Dermot’s autocue lines.

She told her co-host: “Oh don’t get emotional!”

Viewers were touched by Dermot’s reunion with his parents as one said: “#ThisMorning Dermot’s parents are so sweet.”

Another tweeted: “Dermot.. Your dad is adorable but boy he needs subtitles!”

Alison and Dermot took over Fridays on This Morning from January this year.

The pair replaced Ruth Langsford and Eamonn Holmes, who hosted for 15 years.

Viewers have been loving the chemistry between Alison and Dermot.

One person said on Twitter: “Must say I am loving the Dermot and Alison partnership….They have gelled brilliantly.”

Another gushed: “Alison and Dermot have grown on me over the weeks, definitely better than Phil and Holly.”

Do you enjoy watching Alison and Dermot? Head to our Facebook page @EntertainmentDailyFix and tell us.