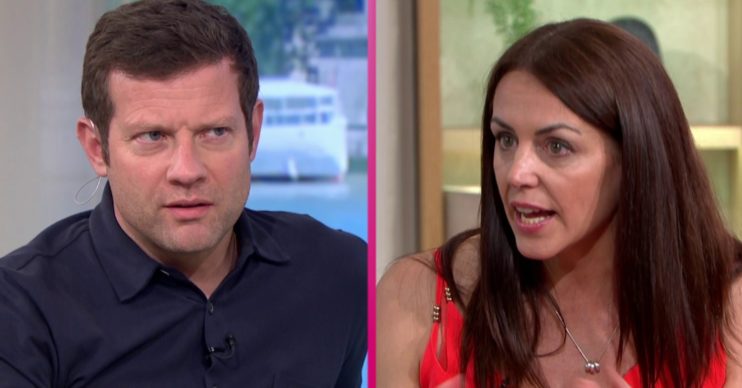 The media personality clashed with host Dermot O’Leary over vaccines on the ITV daytime show on Monday (May 31).

The row came during a segment which also involved Alison Hammond and Matthew Wright.

What did Beverley Turner say on This Morning?

She has previously indicated young people would be better off rejecting it.

However, Dermot corrected her after she claimed on the show: “It does not stop you catching or passing on the virus.”

She also suggested the coronavirus vaccine is a “trial drug”.

How did Dermot respond?

A concerned Dermot explained to Beverley that the vaccine does help prevent transmission.

He said to her: “The finest minds of science have – in an extraordinary short amount of time – come up with this vaccine. It’s proven it’s working, statistically. Why are you so cynical?”

Why are you so cynical?

And in responses to her rebuttal that there is ‘no long-term data’, Dermot pointed out humanity cannot afford that “luxury” at the moment.

He continued: “We don’t have a chance to have long-term data because we have this virus that’s killing people around the whole world.”

What have Ofcom said?

The show pulled in 120 Ofcom complaints, according to reports.

However, the vaccine row was not the only part of the programme to come under fire.

Read more: Why aren’t Eamonn and Ruth on This Morning? Viewers gutted they aren’t hosting during the holidays

Coverage of Boris Johnson and Carrie Symonds’ wedding also came in for 27 complaints.

Meanwhile, Dermot and Matthew attracted 27 complaints for what they had to say.

She wrote: “People want representation of their anger and fear.”

– This Morning airs on ITV on weekdays from 10am.