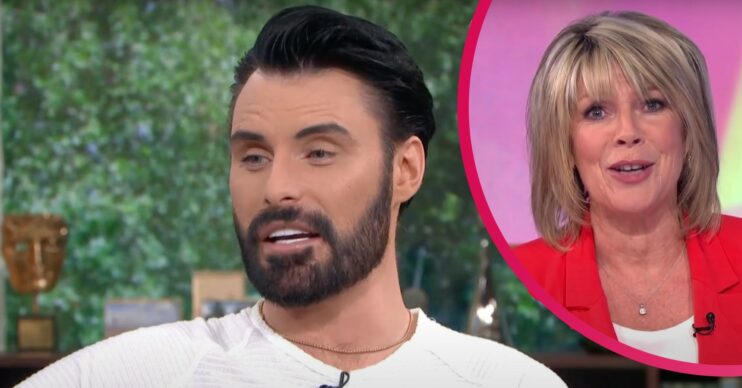 This Morning will welcome back ITV presenter Ruth Langsford to the show this summer as she hosts with Rylan Clark.

The star revealed that he is coming back to front the show over the summer – alongside Ruth!

Today’s edition of This Morning saw Alison Hammond and Dermot O’Leary welcome Rylan onto the show.

The 32-year-old wasn’t alone though. He was joined by his mum, Linda.

The mother and son duo were on the show to discuss their role on Celebrity Gogglebox – which returns tonight.

Whilst Celebrity Gogglebox’s return will have excited many – it won’t be the only thing that will get them talking today.

It was during this interview with Alison and Dermot that Rylan made his exciting announcement.

When are Rylan and Ruth back on This Morning?

The 33-year-old revealed that he is set to return to This Morning in the summer to host the show!

Additionally, the star also revealed that he will be returning alongside none other than Ruth.

“I’m coming back for one week only with my lovely telly mum, Ruth,” he told Alison and Dermot.

“Me and Ruth, we’re going to do the show in the summer for a week,” he continued.

Ruth and Rylan have hosted This Morning on numerous occasions together over the years.

Ruth hasn’t been on This Morning for a few months following her husband Eamonn Holmes‘ exit last year.

Elsewhere in the interview, Rylan opened up about taking a break from Celebrity Gogglebox last year due to “illness”.

As many will well know, last year, Rylan split from his husband of six years, Dan Neal.

Following the split, Rylan took time off work for a couple of months. This meant missing the last series of Celebrity Gogglebox too.

When Alison raised the subject of Rylan’s mum, Linda, being ill last year, Rylan revealed that that wasn’t the case.

“Oh is that what it was, what a lovely mum,” Alison replied.

Are you looking forward to seeing Ruth and Rylan hosting the show? Head to our Facebook page @EntertainmentDailyFix and tell us your thoughts.