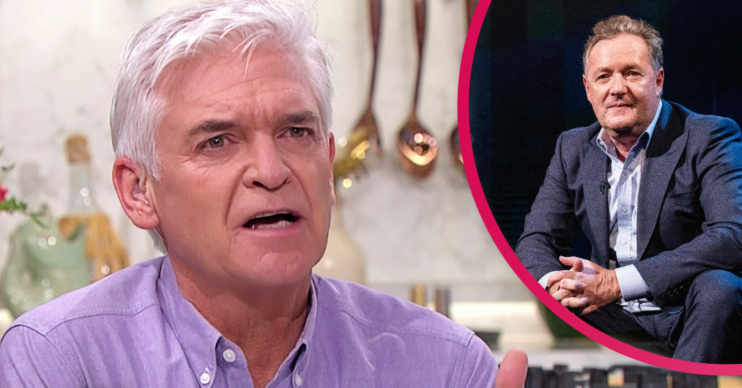 He hit out at Piers' questioning of Sir Keir Starmer

His comments came after details emerged about the type of questioning the former GMB host subjected Labour leader, Sir Keir Starmer, to in next week’s episode.

After hearing some of the questions, Phillip, 59, was quick to say no to an appearance on the hard-hitting chat show.

What happened on ITV This Morning today?

Piers is back on ITV next Tuesday (June 1) to interview Sir Keir.

And details have emerged about the type of questioning the Labour leader had to endure.

Piers asks Sir Keir 14 times whether he had ever taken drugs in his youth.

He also asked how many sexual partners he has had.

They both agreed that Piers’ questions were “irrelevant” and out of order.

What did Phillip say?

During the discussion, Holly asked whether Piers should be allowed to ask these sorts of questions.

After Nicola said that they were “not in the public interest” and a “bit salacious”, Nick chipped in with his opinion.

“Let me say here and now that I am a massive fan of Piers Morgan, he is a tremendous journalist,” he said.

That’s probably why I’m not going to go on it, though.

“That being said, I think these questions are about 15 or 20 years old.

“What [Starmer] did as a 17-year-old with a girl, or a boy, or anybody else in the back of a car nobody cares.”

Nick then added that despite the questioning, many people will still be tuning in to watch the episode.

As the discussion drew to a close, Phillip chuckled and said: “That’s probably why I’m not going to go on it, though.”

What did Piers ask Sir Keir?

In next week’s show, Piers addresses the claims that Sir Keir was a bit of a party animal during his university days.

Although the politician refused to give a yes or no answer, he did say, “we worked hard and played hard”.

And, when Piers asked him how many sexual partner he’s had, Sir Keir said he “didn’t want to do a Nick Clegg”.