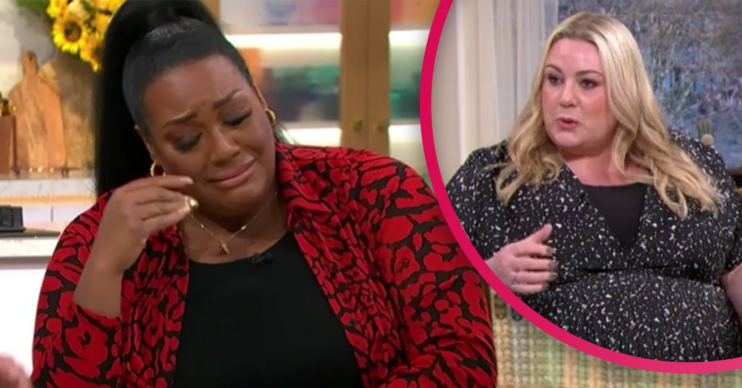 Came after she broke down on Friday

Viewers of ITV daytime show This Morning took to Twitter after today’s show (March 9), which featured a new segment on obesity.

It came after Friday host Alison Hammond broke down in tears live on air during a weight-loss phone-in with Deidre Sanders.

Today, Holly Willoughby and Phillip Schofield fronted the show, and it included a new segment on obesity.

What happened on This Morning on ITV today?

The pair were seen discussing the condition and detailing why it should be recognised as a disease.

Sarah noted that genetics is a “huge part” of obesity. She also stressed that it is not a choice, and said those living with the condition should have greater access to support.

Speaking about Alison’s breakdown, Dr Zoe then said: “We saw our own Alison on the show on Friday explaining her experience and she was right.

“Obesity is a disease and it requires the same care and support that any other chronic disease has.

“Weight discrimination goes beyond society’s views and how we treat people. It means there’s been less money invested and obesity hasn’t been prioritised.”

How did viewers react to the segment?

They seemed to think that the segment would’ve been better fronted by Alison, and that it appeared a little too “hastily cobbled together”.

Hastily-cobbled-together segment after Alison‘s breakdown last week… obviously with no involvement from Alison.

One said: “Hastily-cobbled-together segment after Alison‘s breakdown last week… obviously with no involvement from Alison.”

Read more: This Morning presenters spark viewer concerns after three breakdowns in as many days

Another seemed to agree: “Alison broke down on the show about her struggles. So shouldn’t she be doing this story on Friday?”

“Alison’s honesty and vulnerability will have resonated with so many viewers,” said a third fan of the show.

Others took issue with ITV’s programming. They called out This Morning for throwing from the discussion to a cake making segment.

“So after that discussion on obesity, let’s pop over to the kitchen and show you how to bake a cake,” said one viewer sarcastically.

Another also laid into Loose Women. It is on directly after This Morning.

“Such a shame that This Morning was followed by Loose Women where it was discussed that larger people should pay more for medical treatment.

“Such bad and thoughtless planning across the daytime schedule,” they added.