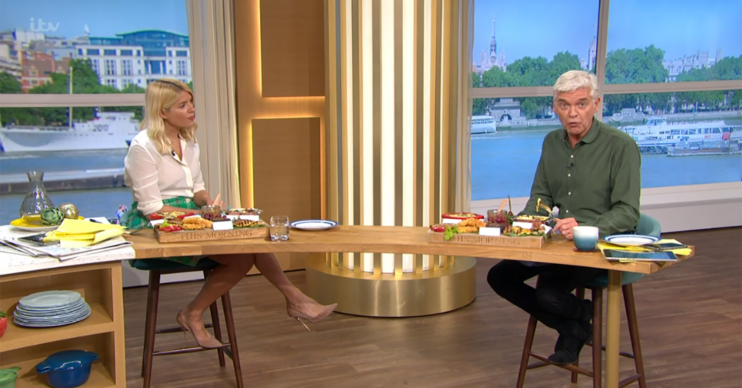 The show had to make changes to the schedule

ITV’s This Morning was thrown into “utter chaos” today when the Icelandic Prime Minister got her interview time wrong.

Katrín Jakobsdóttir was due to appear on the programme on Monday (June 15).

However, due to the time difference, the show was forced to change the schedule slightly because she failed to turn up on time.

Host Phillip Schofield said: “You know those times that we have at the beginning of the show when we say we have this coming up on this time.

“All out the window today as the Icelandic Prime Minister got the time wrong.

“They forgot about the time difference. We’re supposed to be talking to the Icelandic Prime Minister.

“Anyway, James Martin has hurried up now so…” as James appeared via video link from his kitchen.

All out the window today as the Icelandic Prime Minister got the time wrong.

The TV chef was hosting a segment on different cheeses.

Host Holly Willoughby said: “Good morning James. So you’re on a mission to save the British cheese industry?”

James replied: “I’m saving you at the moment I’ve just heard in my ear!”

Holly and Phil said: “You really are!”

At the end of James’ segment, the programme showed the current view from the Islandic Prime Minister’s setup.

It just showed an empty chair.

Phil said: “Thank you James for stepping in at the very last minute and filling in there.

“We’ve got some big gaps in the show because we’re still not sure on the Icelandic Prime Minister.

“So this is a new format on ITV, it’s called Phillip and Holly eat cheese. We’ll just play some music now and just eat cheese.”