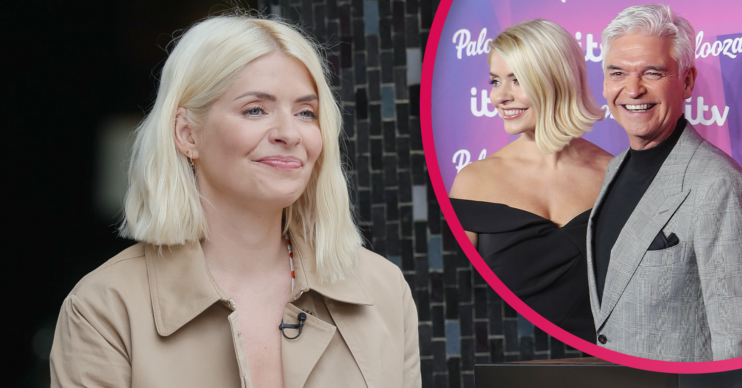 This Morning host Holly Willoughby has blasted “untrue and unfair” rumours about her.

And it’s fair to say she most certainly set the record straight.

What did This Morning host Holly Willoughby say?

Holly told Jonathan that she has no intention of retiring from the flagship ITV Daytime show.

“I never think like that. I feel very lucky to be on that show,” she said.

Read more: Holly Willoughby and Phillip Schofield under fire as viewers accuse them of double standards

Holly added: “The show changes so much, I think that’s the beauty of This Morning.

“Recently it’s had the highest ratings it’s had in 15 years. It’s doing really, really well which is extraordinary for a show that’s been around for as long as it has.”

She also revealed just how she feels about working alongside co-host Phillip Schofield.

“I’m very lucky to work with Phil. I can’t imagine a world without him being there. It just wouldn’t be the same.

“The magic of that show is us two together when we’re together. Co-hosts like that don’t come along very often. So when they do you have to hold tight.”

Read more: This Morning fans ‘obsessed’ with Holly’s skirt – but not its price tag!

Holly then appeared to allude to rumours that the pair hasn’t always seen eye to eye.

“I’ve read those things, too. It hurts sometimes, because it’s so unfair and untrue, so it’s difficult sometimes,” she blasted.

“So no, I’m not retiring, that’s a really long answer,” she said.

What is said to have happened between Holly and Phil?

Holly recently addressed the “difficult time” she went through following claims she was feuding with Phil.

Reports claimed in late 2019 that the This Morning pair were caught up in “toxic” situation affecting the ITV show.

One tabloid even suggested the relationship between the two stars had become “strained”.

However, Holly revealed that despite reports floating around about them, both she and Phil “knew the truth”.

Catch Holly on The Jonathan Ross Show on Saturday (December 11) at 10.05pm on ITV.

What do you think of Holly’s comments? Tell us on our Facebook page @EntertainmentDailyFix.