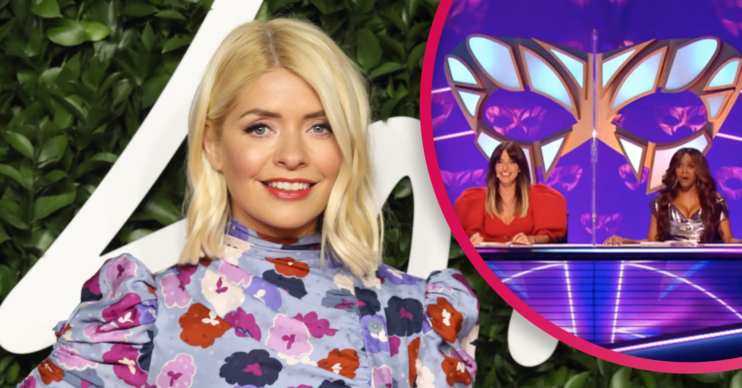 Yes, Holly will be stepping away from her daytime TV presenting partner Phillip Schofield and joining another ITV series.

So what has This Morning star Holly Willoughby signed up for?

Holly has signed up to appear as a guest judge on the very first UK series of The Masked Dancer.

As a result, she’ll appear alongside Davina McCall, Oti Mabuse, Jonathan Ross and Mo Gilligan as one of three guest judges when the show kicks off over the weekend.

Holly said: “How the Masked Dancers are able to pull off the moves they’re doing in these costumes is mind blowing!”

She added: “I absolutely loved joining the panel as a special guest and getting to play detective.

“You’re all in for a real treat,” she teased.

Who else is joining the panel?

The two other stars joining the panel as guest judges are John Bishop and David Walliams – who said it was harder to judge than Britain’s Got Talent.

Joel Dommett returns to host the show, a spin-off from the popular Masked Singer series.

NEXT WEEKEND 👀🤩 12 Masked Dancers take to the stage for the FIRST TIME ever 🕺💃 Can you CRACK THE CASE? 🕵️‍♀️🕵️‍♂️ #MaskedDancerUK pic.twitter.com/8yArpLRwkL

So what do we know about the new series?

Unlike The Masked Singer, The Masked Dancer will air every night for a week – with one celeb leaving on Saturday night (May 29).

In the opening episode, the first six masked dancers will take to the stage.

I absolutely loved joining the panel as a special guest and getting to play detective.

Zip will dance off against Knickerbocker Glory, Beetroot will do battle with Llama, while Viper and Scarecrow will battle it out to remain behind their masks.

At the end of the episode, one dancer will be unmasked and will leave the competition.

The Masked Dancer starts on Saturday May 29 at 7pm on ITV.

So will you be tuning in? Head to our Facebook page @EntertainmentDailyFix and let us know!