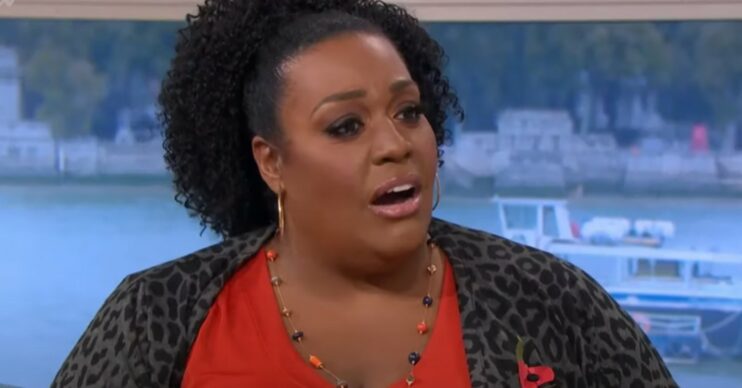 This Morning viewers couldn’t get over Alison Hammond’s mishap on Friday’s (November 12) show.

The popular presenter is famous for her many hilarious blunders, and her latest might be her best yet.

During the show, Alison and Dermot O’Leary were doing a segment together when viewers noticed something odd.

Alison had to say the word “anonymous” during the segment, which doesn’t sound particularly out of the ordinary.

However, Alison couldn’t quite seem the say the word correctly.

Viewers were very quick to notice, and the show was flooded with remarks about her pronunciation.

Alison Hammond has a mishap on This Morning

Let’s say it together, Alison:

Anomynous Alison ?? Really ? You just CAN’T say that word can you Haha 😂 #ThisMorning

Read more: This Morning: Alison and Dermot stand in for Holly and Phil during half-term week

While a fifth added: “Anomynous Alison ?? Really? You just CAN’T say that word can you Haha!”

She is routinely ribbed bu viewers on Fridays tickled by her apparent inability to pronounce Dermot’s name correctly – stressing the ‘-mot’ part.

The beloved presenter has always been open about her weight over the years.

However, during a recent chat, Alison shared that she has been treated differently depending on her figure.

She told OK! Magazine: “People were just more interested when I was slimmer – and nicer! People pay you more attention when you lose weight.

Alison, who previously starred on Big Brother, added that she does try to eat healthily.

The star added: “I do try to eat healthily. I’m not young anymore, so I’ve got to try and lose a little bit of weight purely for the strain on my knees and my ankles.”

Her remarks come after the former reality star spoke openly about getting her gastric band taken out.

Despite having the band fitted in 2014, she claimed that her body rejected it and she couldn’t “keep down one bite of food”.

Did you spot Alison’s mishap? Leave us a comment on our Facebook page @EntertainmentDailyFix and let us know what you think of this story.