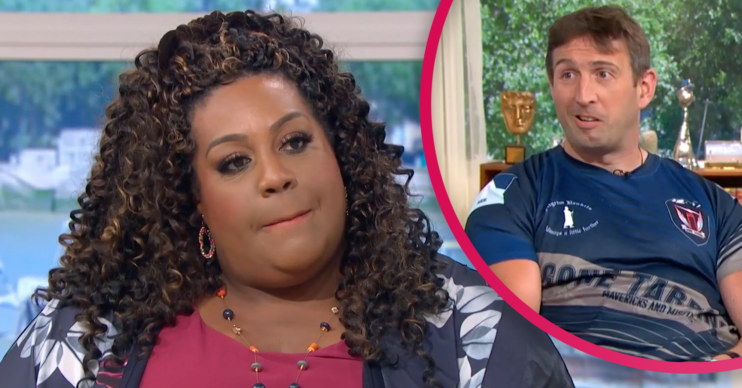 He did ask her to go skydiving with him though…

Ben became the most severely injured British soldier to survive the war in Afghanistan after he was blown up in Helmand province in 2006.

He lost both his legs and suffered brain damage.

However, despite not being expected to survive, he defied the odds by learning to walk and talk again.

And he appeared on This Morning with his mum Diane to speak about the experience.

What did Alison Hammond say to Ben on This Morning?

Alison introduced the segment, telling viewers Ben’s story and welcoming him and Diane to the show.

However, it wasn’t long before some accused Alison of being “insensitive”.

As viewers rushed to Twitter to question her phrasing, Ben himself gave the host his own witty comeback – and it delighted viewers.

One viewer posted: “Alison: ‘They amputated your legs.’ Ben: ‘Did they?!'” adding several crying with laughing emojis.

“He has a great sense of humour,” another added.

‘Did you think he had died?’

Diane then told Alison and Dermot how she discovered Ben was injured.

She said he was waiting to fly home and there was a knock on the door and it was a man in uniform.

“Did you think he had died at that point?” Alison asked.

Read more: Alison and Dermot admits it took ‘months’ to get comfortable with each other

“Alison shouldn’t be allowed to interview people like this, what kind of [bleep] question is do you think he’d died then!?” said one.

“How insensitive,” declared another.

“Alison – stop interrupting him for [bleep] sake,” fumed one.

“Alison is [bleep] at interviewing. I’m sorry but she is. All the patronising ‘yeahs’. Ben is a hero. He’s amazing. Give him some respect for God’s sake,” said another.

‘This Morning is much better with Alison’

However, Ben seemed to enjoy his interview, even asking Alison to go skydiving with him.

The pair even almost broke COVID rules with a cheeky handshake at the end of the interview.

“No offence to Phil and Holly,” said one viewer, “but This Morning is so much better with Alison and Dermot.”

Another viewer agreed: “I think Alison and Dermot have really got their groove on This Morning.”