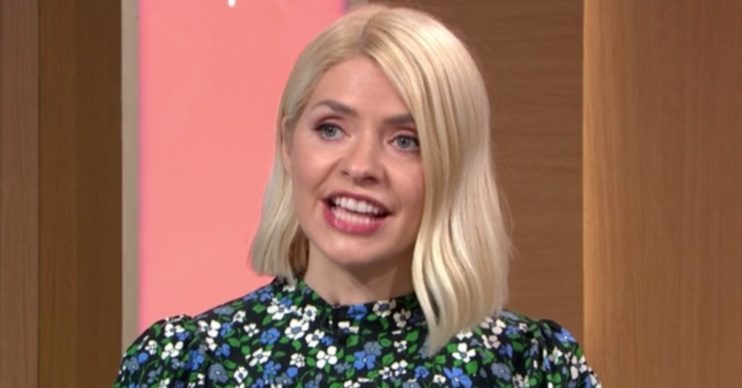 'Who is cutting Holly’s hair?'

This Morning viewers are convinced Holly Willoughby has cut her hair shorter.

But it seems Holly’s immaculate hair appeared to puzzle some fans.

This Morning: What did viewers say about Holly Willoughby?

Ahead of the show, the star tweeted: “Mooooooorning Thursday! How are you today?

“See you on @thismorning at 10am for hot cross bun ice cream sandwiches, sex toys and Miriam Margolyes! … standard!”

And while the presenter appeared to look the same, some fans were left questioning her hair.

One asked: “How can you get your hair cut when I’ve been waiting months to get mine done.”

A second wrote: “Who is cutting Holly’s hair?”

In addition, a third shared: “Holly’s definitely had her hair cut. How come? #ThisMorning.”

Who is cutting Holly’s hair?

Meanwhile, others wondered if Holly had coloured her locks.

Maybe Holly’s husband Dan Baldwin is behind her shorter ‘do?

@thismorning Holly’s hair start of lockdown three and Holly’s hair now ..how did you manage a haircut when others can’t? pic.twitter.com/48SnrZPdlO

Meanwhile, it comes shortly after Holly was offered a guest role in Midsomer Murders last week.

At the time, Holly and co-host Phillip Schofield were interviewing two of the drama’s stars Neil Dudgeon and Nick Hendrix.

During the interview, Neil said: “We’ve decided we want Holly Willoughby to appear in an episode of Midsomer Murders very soon.

She added: “I mean you’re going to have to kill me off really quickly because I’m terrible at acting.”