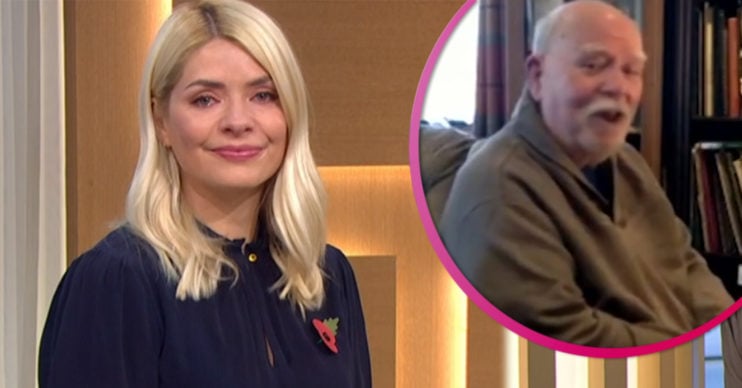 This Morning host Holly Willoughby was left in tears today over a dementia sufferer’s piano playing.

Composer Paul Harvey, 80, became an internet sensation after his son Nick posted a video of him playing an improvised piece on his piano using just four notes.

The public then created a campaign and the Philharmonic Orchestra recorded the piece alongside Paul and released it as a single, Four Notes: Paul’s Song.

The piece is currently sitting at number one in the iTunes and Amazon music charts.

Read more: This Morning: Caller reveals concerns over being lonely ahead of second lockdown

She said: “I don’t know what it is, it’s just so emotional. I think that’s the power of music,” as her eyes filled up.

Paul said: “I like helping people as far as music is concerned. I’ve done that all my life.”

Turning to Holly, he added: “It’s got you twice!” to which Holly said: “It really has got me, it’s still right there.”

When asked how he felt about the Philharmonic Orchestra recording with his song, Paul said: “I was a bit taken aback.

“I think the BBC Philharmonic is a wonderful orchestra. It’s awesome.”

What did Paul say about his single?

Footage then played of the musicians playing Paul’s music in lockdown and Holly teared up.

Paul said: “It was a great honour that they were involved and every time I hear that arrangement by them, I well up a bit and get a bit emotional.”

Phil said: “So does Holly, we’ve lost her again!”

“I’m going to get my box of tissues!”

Phil then gave Paul four musical notes and he played a tune using them.

Paul’s son Nick said: “If he’s having one of his bad days, nothing is more healing than music with Dad.”

When asked if he will continue posting videos of his dad Paul, Nick said: “Of course, oh my word.

“We could release a whole album – one a month, 12 months from now, number one worldwide.”

One person said on Twitter: “Literally cannot stop the tears. So beautiful @thismorning.”

Another wrote: “Omg!! Paul’s four notes had me in tears! Just added it to my playlist!”

A third added: “Just like Holly, I’m getting on emotional here.

“Just incredible to see this composer with dementia defying the odds, playing the piano with such ease. What a guy.”

Omg!! Paul’s four notes had me in tears! Just added it to my playlist! #beautiful #ThisMorning

The donation will be split between Alzheimer’s Society and Music for Dementia.