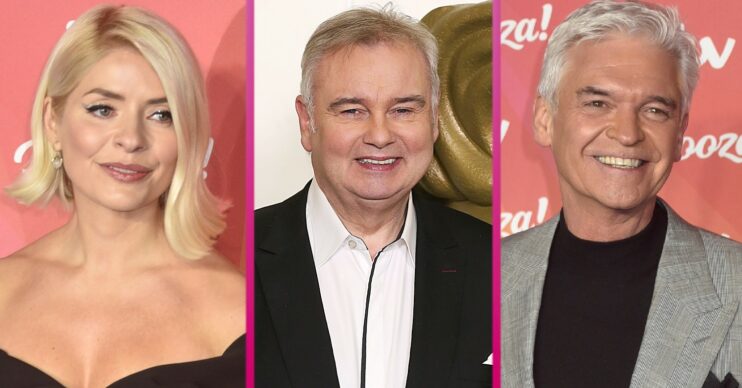 Eamonn will be joining GB News

On Friday, Eamonn announced he would be joining GB News next year.

This means he won’t be appearing on This Morning alongside wife Ruth Langsford any more following 15 years on the show.

Now, according to a report, Holly and Phil haven’t been in touch with Eamonn about the news.

A source told The Sun: “They worked together for so long but there’s been no contact since Eamonn parted ways.

ED! has contacted reps for This Morning, Holly and Phil for comment.

In a statement, the star said: “I’ve spent my career on broadcasting firsts and start-ups, and GB News is one of the most exciting yet.

Eamonn added: “To me the greatest honour in journalism is to give a voice and respect to the unheard, and that’s exactly what GB News is all about.”

Will Ruth Langsford stay on This Morning?

This Morning later addressed whether Ruth would remain on the daytime show.

And good news for fans, she will be.

A spokeswoman for ITV said: “We would like to wish Eamonn all of the very best in his new role.

“As a duo, Eamonn and Ruth have been part of the This Morning presenting team for the last 15 years and we thank Eamonn for all of his hard work and contribution to the show.

“Ruth remains an important part of ITV Daytime both as a continuing member of the This Morning family and as an anchor presenter on Loose Women.”

Will you miss Eamonn on This Morning? Leave us a comment on our Facebook page @EntertainmentDailyFix and let us know.