An anti-LGBT protester snapped at Holly Willoughby during a tense debate on This Morning.

Shakeel Afsar, who is taking part in the protests against Anderson Park Primary in Birmingham over teaching kids about LGBT equality, featured on today's episode (May 22) alongside Melissa Thompson, who has branded the protests homophobic. 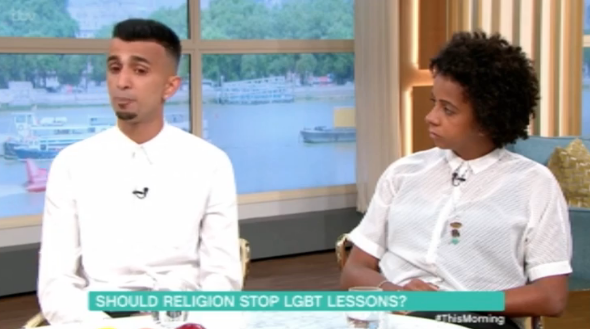 As they discussed the protests with Phillip Schofield and Holly, the conversation quickly escalated and Shakeel and Melissa started to talk over each other.

Holly tried to cut in with a question but Shakeel snapped, "Let me finish!" and told her: "You've asked me a question so please let me finish it."

You've asked me a question so please let me finish it."

Elsewhere in the debate, Phil weighed in and claimed Shakeel was being discriminatory by "encouraging children to be less tolerant".

Shakeel, who doesn't have any children at Anderson Park Primary, said youngsters need to be "taught respect for humanity" and argued that LGBT people are intolerant towards Muslims. 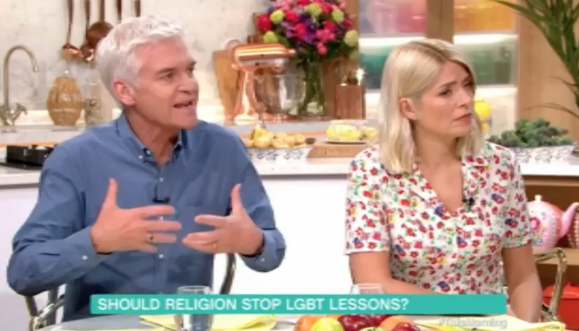 At the end of the conversation, Melissa accused Shakeel of "poisoning children" with his views.

It follows a similar debate on Good Morning Britain earlier this year that saw host Piers Morgan slam the parents protesting and say they're "driven by homophobia". 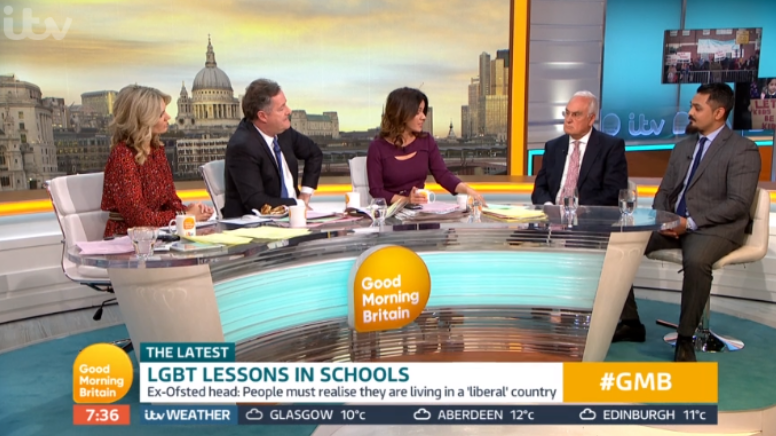 The controversial presenter engaged journalist Dilly Hussain in a discussion about Muslim parents withdrawing their children from schools over fears about LGBT issues being taught.

Dilly asserted that it's a parent's right to fight against lessons that clash with their personal beliefs and said his own views still allow him to "coexist peacefully" with people of different sexualities.

But Piers clapped back: "You're not coexisting in peace, you're making very vocal protests. You're taking kids out of schools and I think it's not so much driven by the reasons you say, but it's driven by homophobia, which is not that peaceful."