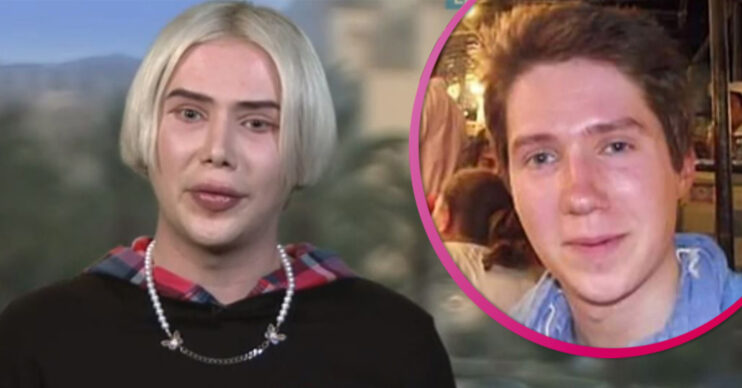 Social media star Oli, who recently came out as non-binary, explained that they now identify as Korean after having 18 cosmetic surgeries.

Oli discussed the backlash they’ve received during the talk with hosts Holly Willoughby and Phillip Schofield.

What did Oli London say on This Morning?

Oli said: “So my love for Korea started about nine years ago, I used to live in Korea and I was an English teacher there.

“I just became so fascinated with the culture, everything about it, the language, the food, the people and that’s actually when I started having plastic surgery to have the Korean look.

“I’ve just become absolutely obsessed with Korea and finally I’ve just had my transition surgery on my eyes and brow to complete my new Korean look and I’ve never been happier.”

Oli said they have felt “trapped” within their own body for the last nine years but now feels like they can identify as Korean after living there.

They added: “Everything about the culture is me. I feel at home there, I don’t feel judged. I feel like Korean people accept me and I feel like I have the look now.”

Speaking about the criticism, Oli said they can’t understand why people take offence.

Oli said: “People are so quick to judge these days, it’s fine to identify as 100 different genders but why can’t I identify as Korean? I don’t see why people take offence.

What work has Oli had done?

“I haven’t actually done anything wrong to offend Korea and I feel like I’m one of the biggest ambassadors for Korea and for Korean people.”

Oli has spent £175,000 on cosmetic surgeries but admitted they’re still open to have more procedures.

Oli has had five nose jobs, their jawbone shaved down, their chin bone cut off and reattached, their cheekbones reduced, their eyes done and a brow lift.

They have also had liposuction, nipple correction, whitening injections and lip filler.

Oli added that they have offered to do two years military service for Korea to become an official citizen.

They added: “I feel great and I hope people can respect that this is the way I identify, this is how I feel and I’m just living my best life and I mean no offence to anyone.”

Viewers watching were divided over Oli’s interview, with some taking offence.

One person said: “Can’t believe what I have just witnessed on #ThisMorning. You are NOT Korean and you can’t just change your race by having 15 surgeries!”

A third added: “You can’t identity as another race or change your race. That’s so offensive.”

However, others supported Oli as one said: “Love and support Oli.”

Read more: Julia Hartley-Brewer slammed as she ‘has a pop’ at the news ‘rich princess’ Kate Middleton is self-isolating

Another tweeted: “We love and support @OliLondonTV. They are valid.”