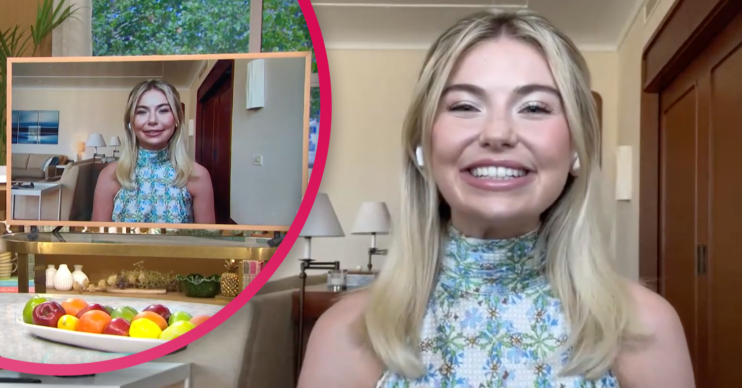 So was she in London… or Monte Carlo?

This Morning guest Georgia Toffolo has cleared up confusion over her appearance on the show today.

Toff appeared via video link to chat to hosts Eamonn Holmes and Ruth Langsford and fellow guest Gyles Brandreth, who was in the studio.

As Toff – a previous I’m A Celebrity winner – flashed up on screen, viewers spotted an error.

And they soon took to Twitter and the This Morning hashtag to point it out.

Toff appeared via video link – from London, according to the box in the corner of the screen – to chat about the day’s news items.

However, fans of the Made in Chelsea star quickly questioned Toff’s location.

“Toff is in Monte Carlo not ‘Live from London’!” one of her Instagram followers said.

“Is Toff actually in London though?” another asked.

“Are you sure @ToffTalks is in London? I swear she was in Monte Carlo according to her Instagram,” a third commented.

Toff clears up This Morning confusion

The reality TV star was clearly checking her tweets after her appearance on the show as she replied to one of her followers to clarify her location.

And, lucky old Toff IS in Monte Carlo.

She confirmed: “I know! Was a mistake. I am still away.”

Posting on her Instagram Stories last night, Toff told followers that she would be broadcasting live from her holiday.

“Nice and early night,” she said. “I’m on This Morning tomorrow. So clever I can do it from here!”

However, it seems it’s not the first time This Morning have made such an error.

One fan claimed on Twitter: “They did that a few weeks ago when you were in the Balearics.

What else were fans saying about the segment?

Location worries aside, something else was on viewers’ minds.

Namely Gyles Brandreth’s amazing tank top – and just how he managed to wear it in this heat!

“He must be melting,” one viewer commented.

What did you think of This Morning today? Tell us on our Facebook page @EntertainmentDailyFix.