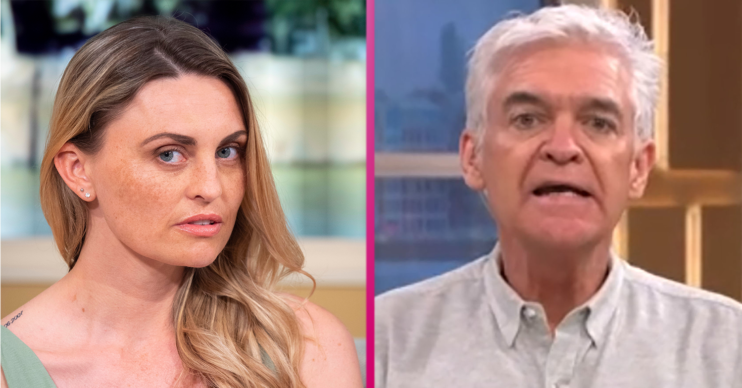 Carla Bellucci blagged rhinoplasty on the NHS after lying about depression

A woman who blagged a nose job on the NHS wants Phillip Schofield to pay for her second one as she claims he left her wanting to die.

Carla Bellucci was traumatised after the This Morning host insulted the original job when she appeared on the ITV show.

The 38-year-old gained notoriety after she admitted to lying about being depressed to get free rhinoplasty on the NHS.

She told Fabulous: “I have decided to fork out £6,500 of my own money for a second one after Phillip Schofield cruelly insulted it live on This Morning.

“I can always laugh things off, but when Phil said that my nose was still wonky in front of the whole nation, I couldn’t get it out of my head. I wanted to die.”

Carla, 38, appeared on the magazine show in June last year, telling Phillip and co-host Holly Willoughby that she had faked depression and flirted with her GP to get the cosmetic operation.

She had always hated her nose but would not pay to go private.

Phillip warned her she would “get battered on social media” then added that her nose was still “a bit off”.

Holly continued: “Just because you can work the system and you can get away and you know the right things to say, there is self policing.

“Shouldn’t you have said that to yourself? We’ve had parents of people who can’t afford to pay for life-saving treatment for their kids and the NHS won’t fund them.”

Carla replied: “I did bend the truth to get a nose job on the NHS… Would I do it again? I took it, and I think a lot of other people would.”

This time around, the mum-of-three has turned to Only Fans, a subscription website where she posts intimate pictures of herself, to raise the funds.

After already raking in £8,000, she is planning to have her treatment done by a Harley Street doctor.

And she has one goal in mind for once her nose is healed – round two with Phillip!

“Ultimately I want to go back on This Morning and have a showdown with Phillip and ask him why he got so personal. I think it would help boost his ratings. I think he should pay for my nose job personally.”