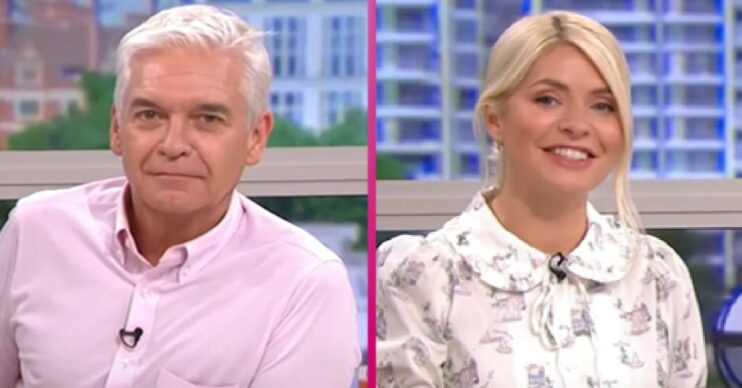 This Morning under fire for ‘insensitive’ food segment

ITV viewers were not happy!

This Morning viewers today were left fuming over an “insensitive” food segment.

During his This Morning segment, the TV star cooked up a storm in the studio making pizzas.

However, he left viewers raging when he suggested that those at home should top their pizza with caviar or salmon eggs.

With the UK in the midst of a cost of living crisis, viewers suggested that Wolfgang’s comments were wildly ‘out of touch’ with the British public.

“Good to see #ThisMorning featuring an affordable meal. Smoked salmon pizza is served with champagne when people are struggling to pay for a basic meal,” tweeted one fan angrily.

“Grossly insensitive and out of step @thismorning.”

Seriously, caviar!Who can afford that these days! Totally out of step with most of the country and your viewers.#ThisMorning

A second ranted: “A salmon and caviar pizza, plus sparkling wine is hardly food for people struggling with the cost of living. Do you not think this is a bit insensitive @thismorning?”

“Seriously, caviar! Who can afford that these days! Totally out of step with most of the country and your viewers #ThisMorning,” tweeted a third viewer.

Meanwhile, a fourth hit out saying: “Really proves how out of touch this show is, cook a pizza with salmon and caviar, then kick back with some champagne brought to you by the butler and throw money as the peasants walk by your house.”

However, others saw the funny side as one joked: “Caviar on a pizza. Don’t think my shopping budget will stretch that far.”

Another quipped: “Phillip saying that the Salmon and Caviar pizza is easy to make and we can do it at home. I’m not sure Aldi sells caviar hun,” followed by laughing face emojis.

You can leave us a comment on our Facebook page @EntertainmentDailyFix and let us know what you think of this story.