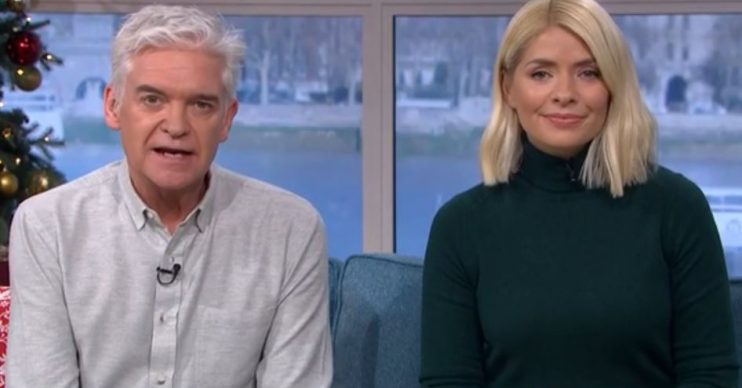 Where are they all?

TV’s Holly Willoughby has shared a photo from a festive dinner she enjoyed with her This Morning ‘family’ but a number of her co-stars appeared to be missing.

The presenter, 38, posted a snap of herself at a Christmas meal with her co-host Phillip Schofield and other recognisable faces from the popular daytime show.

Among those at the table were This Morning regulars Dr Ranj, Kem Cetinay and various others.

@thismorning family Christmas… my goodness me I adore you gorgeous bunch… ❤️

Read more: Holly Willoughby hits back at claims Caitlyn Jenner has been given ‘special treatment’ in I’m A Celeb jungle

In the caption, Holly wrote: “@thismorning family Christmas… my goodness me, I adore you gorgeous bunch…”

Given her use of the word ‘family’, many of Holly’s followers were gutted to see a raft of This Morning favourites missing from the event – including Alison Hammond, chef Gino D’Acampo and Friday hosts Eamonn Holmes and Ruth Langsford.

One said: “Where are Alison and Gino?”

Where are Alison and Gino?

Someone else said: “Where is @iamginodacampo? xx”

A fifth asked, “23 of you? Is that all the people involved from the show?” and another follower replied, “I wondered about that too. Do the camera people, runners etc etc not get to go? I’d find it strange (and sad) if they have to have a separate one!”

This Morning got into the swing of Christmas on Monday (02.12.19) when the show unveiled its studio’s festive makeover.

Hosts Phil and Holly gave viewers the full tour of the set’s decorations, which have given it a very cosy look.

“It is a full-on lodge with a beautiful view,” Phil declared as he took in the scene.

It's beginning to look a lot like Christmas… 🎄 pic.twitter.com/JUhMCAG3L0

But while the presenters seemed to adore how their workplace has been done out, not everybody on social media agreed with them, as some branded it “over the top” and others complained about the “decapitated” deer head mounted on the wall.

Viewers were stirred up again watching yesterday’s episode, when This Morning brought in a guest who thought kissing under mistletoe at office parties should be banned and argued “not all traditions are good”.