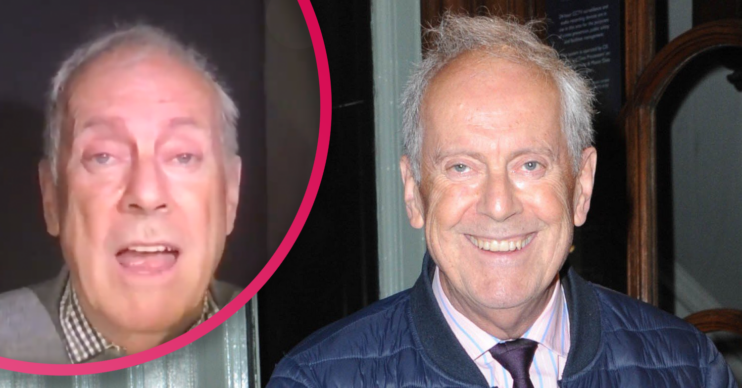 He appeared to Zoom in from the cupboard under the stairs

Gyles Brandreth left This Morning viewers joking that he’d been kidnapped during his appearance on the show today (September 3).

The TV veteran was on the show via video link to chat about the day’s hot news topics with hosts Rochelle Humes and Alison Hammond.

However, during a segment about pet abduction, viewers joked that they feared Gyles had actually fallen foul of kidnappers and was being “held hostage”.

Why did This Morning viewers think Gyles had been ‘held hostage’ today?

Gyles appeared to be Zooming into the live broadcast from the cupboard under the stairs.

And, as a result of his appearance in the dark cupboard, viewers quipped he was being “held hostage”.

“Is Gyles locked in a broom cupboard?” asked one viewer.

“Is Gyles being held hostage?” another asked.

“Gyles is in the cupboard under the stairs,” said a third.

“Gyles, blink if you’re being held against your will,” joked another.

Another joked: “Gyles is being held hostage in someone’s under stairs cupboard!”

Another said he was “like Harry Potter in a room under the stairs”.

Pet abduction is to be made a criminal offence in England.

‘Pooper scooping for life!’ @GylesB1 shares his suggestion for what the sentence for pet abduction should be.

What do you think? pic.twitter.com/0YgmKoEo29

This Morning fans call for change to presenting line up

Regardless of where he happened to be joining the ladies from, others commented that they’d like to see a lot more of the This Morning favourite.

After the success of Andi Peters on the show with Rochelle earlier this week, one viewer took to Twitter to suggest a series of guest presenters take turns to host.

Read more: This Morning viewers are all saying the same thing about Alison Hammond’s appearance as she fronts show

And the name at the top of their list is none other than Gyles.

“Love Gyles!” the This Morning fan said. “They should let him present sometimes.”

That’s if he manages to evade his captors…

Andi went down a storm on This Morning earlier this week, with fans of the show loving his energy and enthusiasm.

As if speaking for all This Morning viewers, one person tweeted: “Andi Peters has been fantastic. Give him the job full-time.”